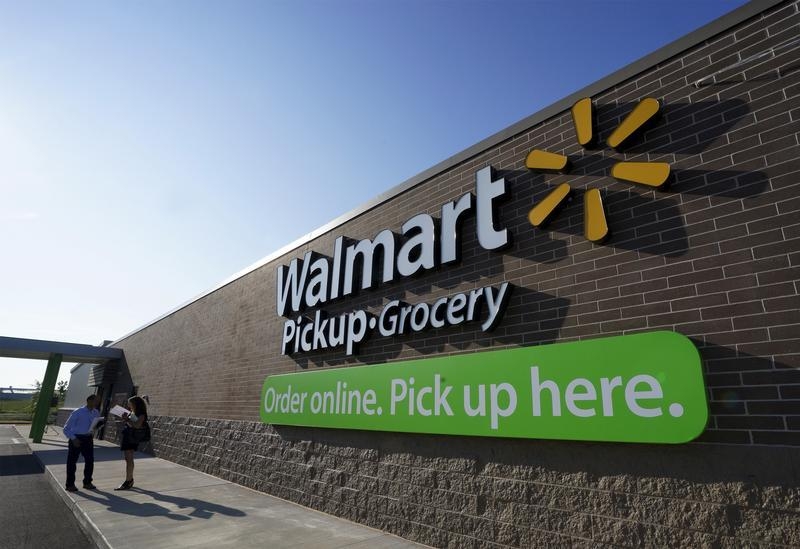 Wal-Mart may be trying to hasten its pursuit of Amazon by riding a unicorn. The U.S. retail titan is in talks to buy Jet.com, a fledgling online-shopping site, according to the Wall Street Journal. It would fit into a bigger plan to beef up its lackluster digital and e-commerce efforts. Amazon, meanwhile, keeps moving ahead with offerings such as one-day shipping and groceries.

Doug McMillon, Wal-Mart Stores’ boss, has no illusions about how his company is faring on the web. “Growth here is too slow,” he said in May. Online sales clocked in at about $14 billion last year, barely 3 percent of Wal-Mart’s top line. Amazon by comparison reported a revenue increase of about one-fifth in 2015 to $100 billion, excluding web services. It also was about a year ago that Amazon charged past Wal-Mart in terms of market value. At $350 billion, it is now 60 percent larger.

Wal-Mart lags in other areas, too. Its marketplace that allows consumers to sell their products next to Wal-Mart’s own has over 10 million items. Amazon counts 200 million, according to Jefferies. What’s more, Amazon is eyeing turf claimed by Wal-Mart. It recently expanded the markets in which it delivers fresh food such as milk and produce.

Given Wal-Mart’s ambitions, Jet understandably makes for a tempting target. Founder Marc Lore also helped start the company behind Diapers.com, which Amazon bought in 2010. Launched just last year, Jet has been struggling to challenge its larger online rival. The business model already was changed. Jet first required a $50 annual membership fee, in a bid to mimic the successful Costco structure online. It dropped the idea, however, and turned its attention to other ways to generate revenue instead.

Wal-Mart has been rapidly gulping down startups over the past couple of years, including recipe and meal-planning service Yumprint and advertising-tech firm Adchemy. Jet would be a bigger bite. It has raised more than $500 million and is valued at over $1 billion. Wal-Mart can afford to buy as it builds, but even a galloping unicorn – and there’s no sign Jet is yet such a beast – will struggle to tow the lumbering retailer into a competitive position online.

Wal-Mart is in talks to buy online shopping site Jet.com, the Wall Street Journal reported on Aug. 3, citing unnamed people familiar with the matter. Jet, which was started in 2014 by Quidsi.com founder Marc Lore, has raised at least $500 million from the likes of Accel Partners and Alibaba, valuing the company at more than $1 billion.

Quidsi, the parent company of Diapers.com, was sold to Amazon in 2010 for about $545 million.