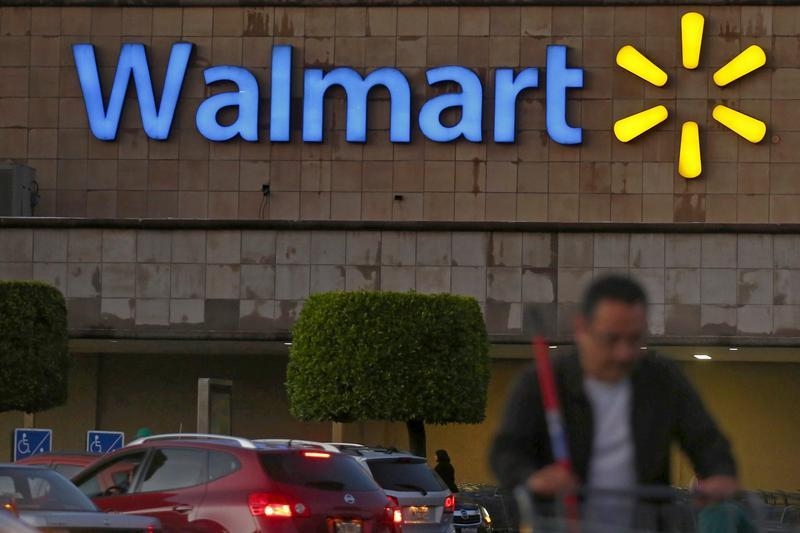 Plenty of U.S. multinationals are suffering from the strong dollar, and Wal-Mart is no exception. But it was a forecast 6 percent to 12 percent drop in earnings per share for the year ending January 2017 that blindsided the audience at the company’s annual investor day. Estimates tracked by Thomson Reuters showed analysts had been penciling in an average 4 percent increase.

Wal-Mart talked about a peak “investment period” and tried to sweeten the pill with a $20 billion stock buyback program. Nonetheless, the surprise warning highlights the company’s challenges. Amazon’s relentless rise has forced all kinds of bricks-and-mortar operations to find new ways to lure shoppers. Wal-Mart also faces fierce competition from discounters like Dollar General and Costco, and an ongoing shift of younger workers to city centers and away from big box chains’ traditional suburban strongholds.

To counter these trends, Wal-Mart has been spending on everything from a beefed up online presence to new services, such as curbside grocery pickup. It’s expanding into new store formats, such as a line of smaller stores designed for urban shoppers, in response to changing customer habits. It’s also aiming for a higher-quality workforce by raising pay for over a third of its U.S. employees, all while keeping prices low.

This doesn’t come cheap. Executives said operating income would take a $1.5 billion hit next year as investment ramps up. But Wal-Mart expects earnings growth to recover to 5 percent to 10 percent a year by early 2019 as the initiatives pay off.

The latest slide in its share price means Wal-Mart has now lost about a third of its market value since January. That seems excessive. The Bentonville, Arkansas-based behemoth still has unrivalled scale and $13 billion of existing online sales, according to Morningstar. Even with a tough period coming, those are formidable advantages.

Wal-Mart Stores said on Oct. 14 that earnings per share would decline as much as 12 percent next fiscal year due to investments in technology, higher wages and lower prices. The big box U.S. retailer also said it expects sales in the current fiscal year, which ends in January, to come in relatively flat after earlier forecasting growth of 1 percent to 2 percent.

Wal-Mart’s shares fell 9.5 percent in afternoon trading, wiping out more than $20 billion of market value. The company revealed its updated outlook during an investor day in New York.