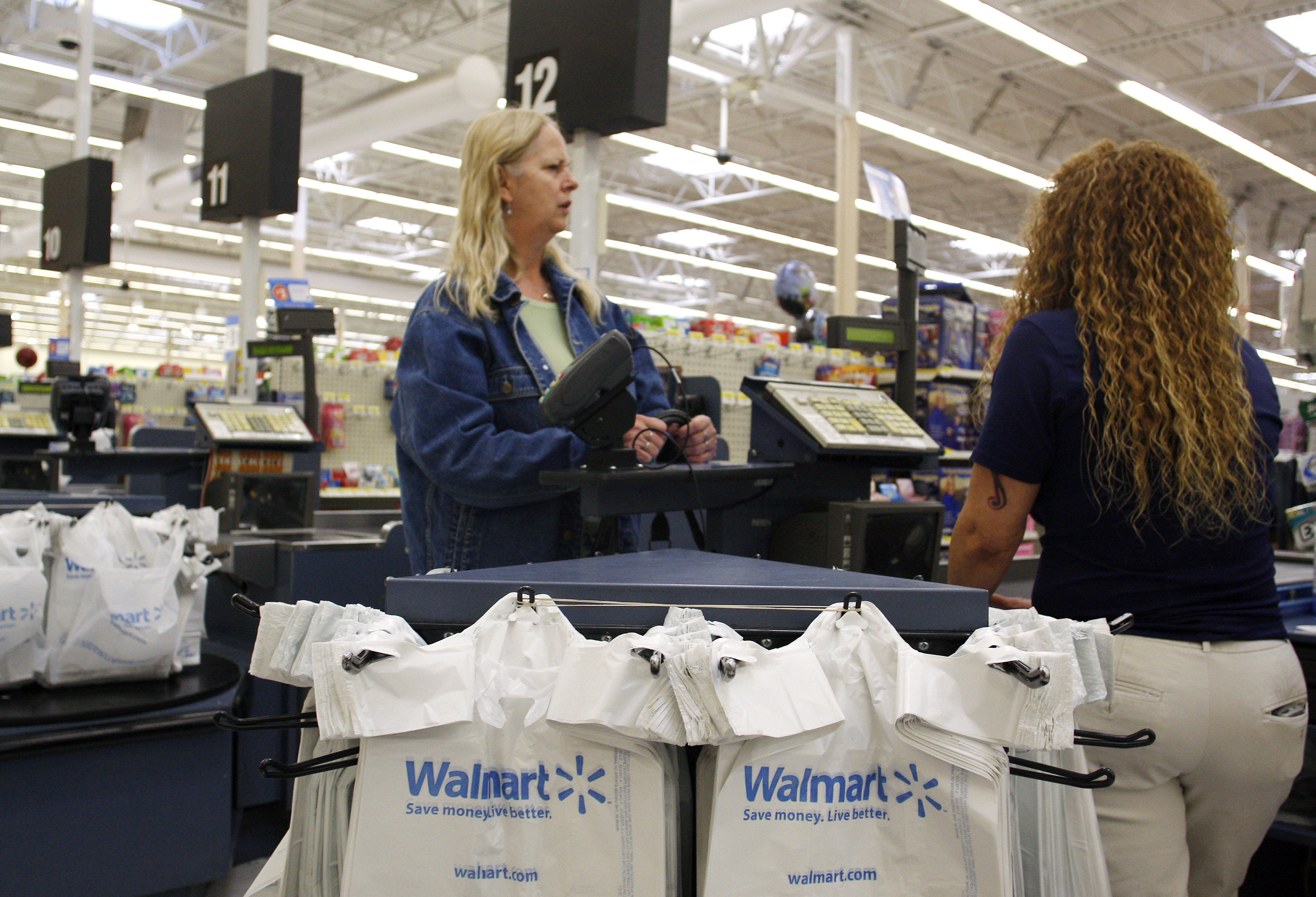 Wal-Mart and American Express have teamed up for a useful kind of financial innovation. The Bluebird card they unveiled on Monday targets Americans lacking access to many banking services. It may also tempt other customers with a model that’s neither credit nor typical debit. But with deposits uninsured, regulators will have to watch closely.

Bluebird presents a new option for often poorer consumers who can’t easily borrow or obtain affordable, traditional banking. It lets them reap many benefits of checking, including mobile transactions, a debit card and even check writing in 2013, with few of the associated costs. Those who directly deposit some portion of their paychecks can avoid virtually any fees.

It’s a smooth move by Wal-Mart. First, the mega-retailer is probably cutting its interchange costs. The partners aren’t disclosing financial terms, but it seems unlikely Wal-Mart would pay as much as it does to other card issuers. And with its cashiers essentially becoming Bluebird tellers, it should help the company rack up extra sales when customers visit stores to conduct financial transactions.

Although Amex may collect fewer transaction fees from Wal-Mart than other retailers, Bluebird also could quickly become one of the discount giant’s biggest payment sources. That’s a mostly new customer base for Amex, which has long focused on higher-income customers. The light fee structure will even appeal to Americans fed up with bloated bank costs and translate into still more interchange revenue with negligible credit risk.

While Bluebird’s unusual design helps it to fall between the cracks of existing financial products and services, it means the same is also essentially true when it comes to oversight. Deposits will be backed 100 percent by Amex assets, but they’re not federally insured like most U.S. checking accounts. And while the Federal Reserve regulates Amex, the Federal Deposit Insurance Corp is the more traditional protector of customer funds.

Bluebird also falls into a somewhat fuzzy area involving state banking authorities and the Consumer Financial Protection Bureau. Of course, Amex just struck a deal last week with the newly created agency to pay $112 million in fines and refunds to 250,000 cardholders to settle allegations of deceptive practices. It’s all the more reason for financial watchdogs – and consumers – to remain cautious about anything like Bluebird that seems too good to be true.

A woman waits in the check-out lane at Wal-Mart in Phoenix, Arizona

Wal-Mart Stores and American Express said on Oct. 8 they were teaming up to offer a prepaid debit card in an effort to provide financial services to U.S. consumers who often don’t have access to traditional bank accounts. The companies call Bluebird a checking and debit card alternative.

Customers will be able to deposit cash with Wal-Mart cashiers, as well as use online and mobile services to check their account, pay bills, deposit checks and transfer funds. The new card can be used for purchases at any retailer that accepts American Express. In early 2013, customers will also be able to write checks for their account.

The Bluebird card will have no periodic, activation or deposit charges, the companies said. While withdrawal fees will be waived at 22,000 Moneypass Network ATMs for customers who direct deposit at least a portion of their paycheck into their Bluebird account, others will pay a $2 transaction fee within the network. All customers would pay that fee outside the network along with any applicable third-party ATM fees.

The card will also come with some typical American Express benefits like purchase protection, roadside assistance and fraud protection.

(A previous version incorrectly referred to $112 billion instead of $112 million in fines and refunds in final paragraph.)