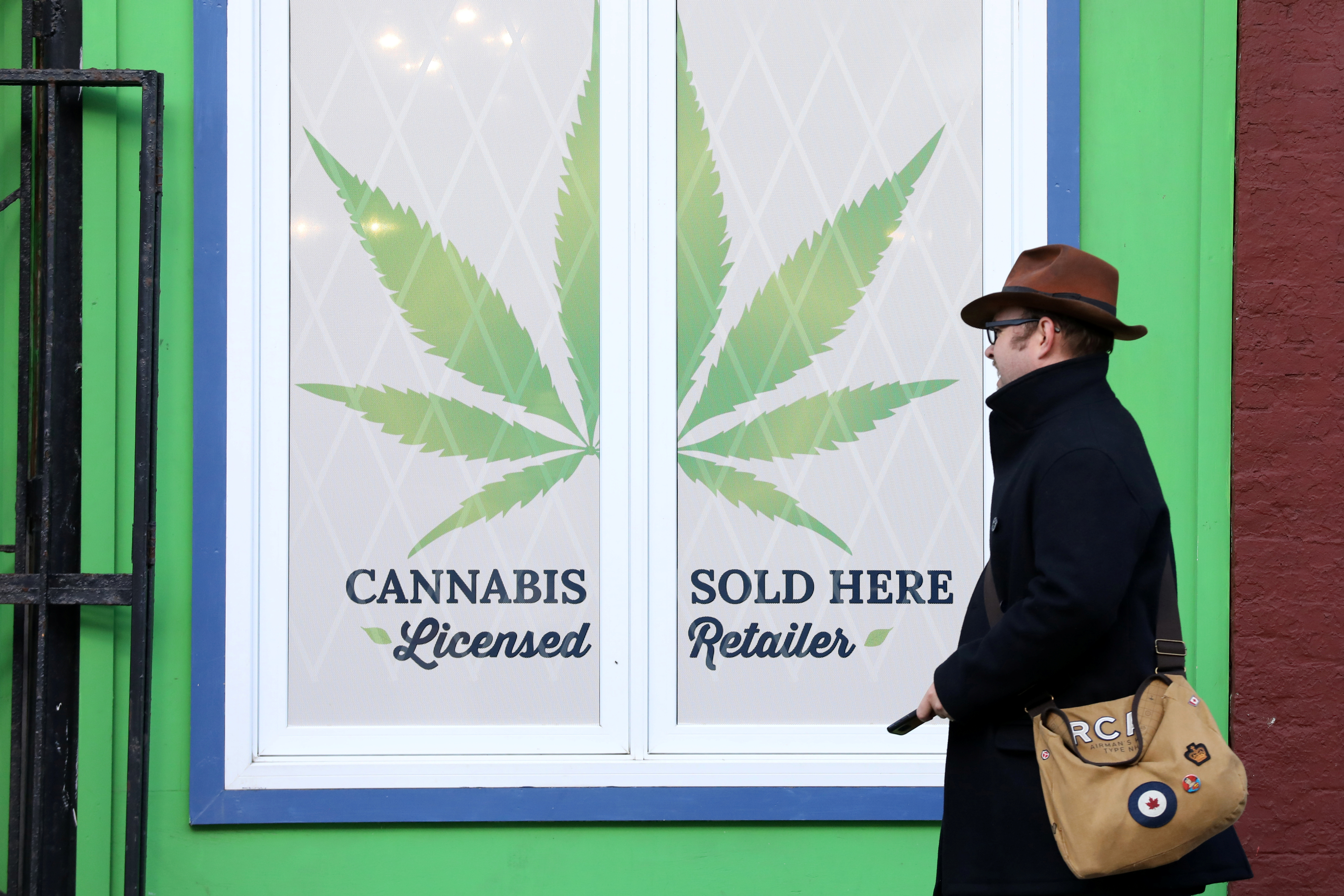 Canada has legalized recreational marijuana, and other countries are likely to follow. That’s an investment-banking opportunity. Goldman Sachs and Bank of America have already dabbled in cannabis deals. It’s only a matter of time before a big firm hires its first “head of weed.”

A man walks past a sign outside the Natural Vibe store after legal recreational marijuana went on sale in St John's, Newfoundland and Labrador, Canada October 17, 2018.

Canada legalized cannabis for recreational use on Oct. 17, making it the first industrialized country to do so. The drug remains federally illegal in the United States but several states permit its use, including Colorado, Nevada and California.

Retail sales of cannabis will be phased in across Canada. Toronto will have no physical stores until April 2019, while British Columbia has only one government store.

The Horizons Marijuana Life Sciences Index ETF, which tracks a basket of publicly traded companies with activities in the cannabis industry, has risen 152 percent in a year based on its closing price on Oct. 16.