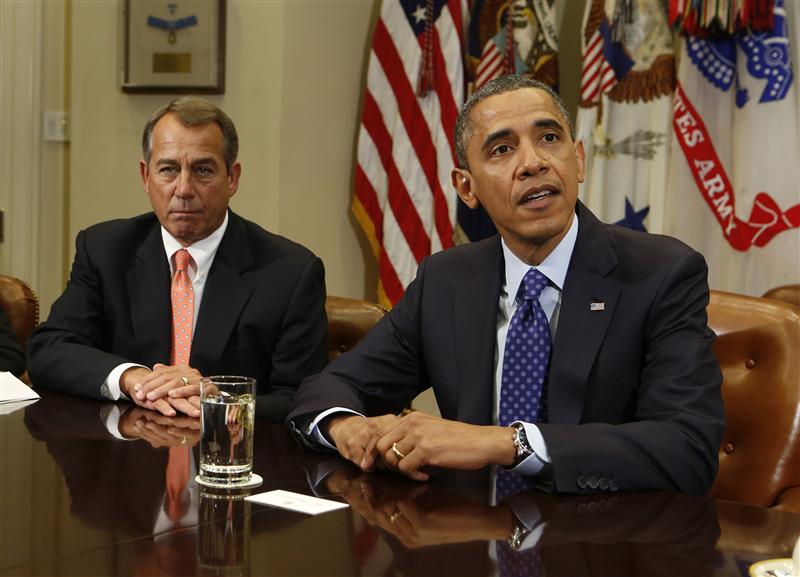 When it comes to deal-making, Washington could learn from Wall Street. The U.S. budget talks have become the equivalent of an ugly, public merger proxy battle. While investment bankers are often too eager to push for a deal, they also know that negotiating in public usually only makes things tougher.

Elected officials wouldn’t normally aspire to emulate corporate financiers. Even so, investment bankers this year have helped to facilitate over 7,000 merger deals in the United States alone. In the nation’s capital, legislators and the White House have managed to agree on a paltry few dozen things, a tally flattered by proposals like renaming a post office in Mississippi.

When it comes to important fiscal matters like a budget, America’s debt limit and the need to head off a possible recession, Washington can’t seem to get anywhere. The leaks to the media and the posturing make it a bit like a hostile M&A transaction, when the blow-by-blow is directed at the shareholding public rather than the opposing principals. Even if lawmakers wanted to keep talks under wraps, they probably couldn’t with so many people involved.

Like a company with a clear strategic rationale for a deal, Barack Obama can tell a clear story about raising taxes on the richest Americans while the Republican camp keeps fighting over which costs to cut. That’s an advantage. Also, the president has unlimited access to a microphone – equivalent in proxy terms to a limitless advertising budget.

The trouble for both sides in a merger deal, though, is that once a negotiation breaks out into the open the hard facts of price and major terms are subsumed by tone, grandstanding and the reactions of other constituencies like markets. That applies in Washington, D.C., too, where there’s also now the risk that Wall Street’s worst tendency takes hold – the desire to do a deal, any deal.

Ultimately, most successful takeover battles end up behind closed doors with the respective leaders figuring out how a deal can be done, not fighting to prevent one. They take the terms back to their boards, or party caucuses, and present the fully formed transaction to shareholders, loosely analogous to the electorate. Wall Streeters like to point out that the math of any negotiation is fairly easy – it’s everything else, including politics and egos, that gets in the way. Lending lawmakers their process, however, could help close one big deal.

U.S. President Barack Obama hosts a bipartisan meeting with Congressional leaders in the Roosevelt Room of White House to discuss the economy, November 16, 2012. Left of President Obama is Speaker of the House John Boehner. REUTERS/Larry Downing

Republican leaders in the U.S. House of Representatives on Dec. 3 called for $2.2 trillion in new deficit reduction over 10 years in their latest effort to avert an end-of-year fiscal cliff. When counting deficit reductions enacted last year and anticipated savings from winding down the wars in Iraq and Afghanistan, the package would amount to $4.6 trillion in savings over a decade, House Republicans said.
Speaker John Boehner said on Dec. 2 that the White House and Republican negotiators had made no progress in talks to avert the so-called fiscal cliff of sharp tax hikes and deep spending cuts that looms in January.
“We’re nowhere,” Boehner, the top House Republican, said on Fox News Sunday.