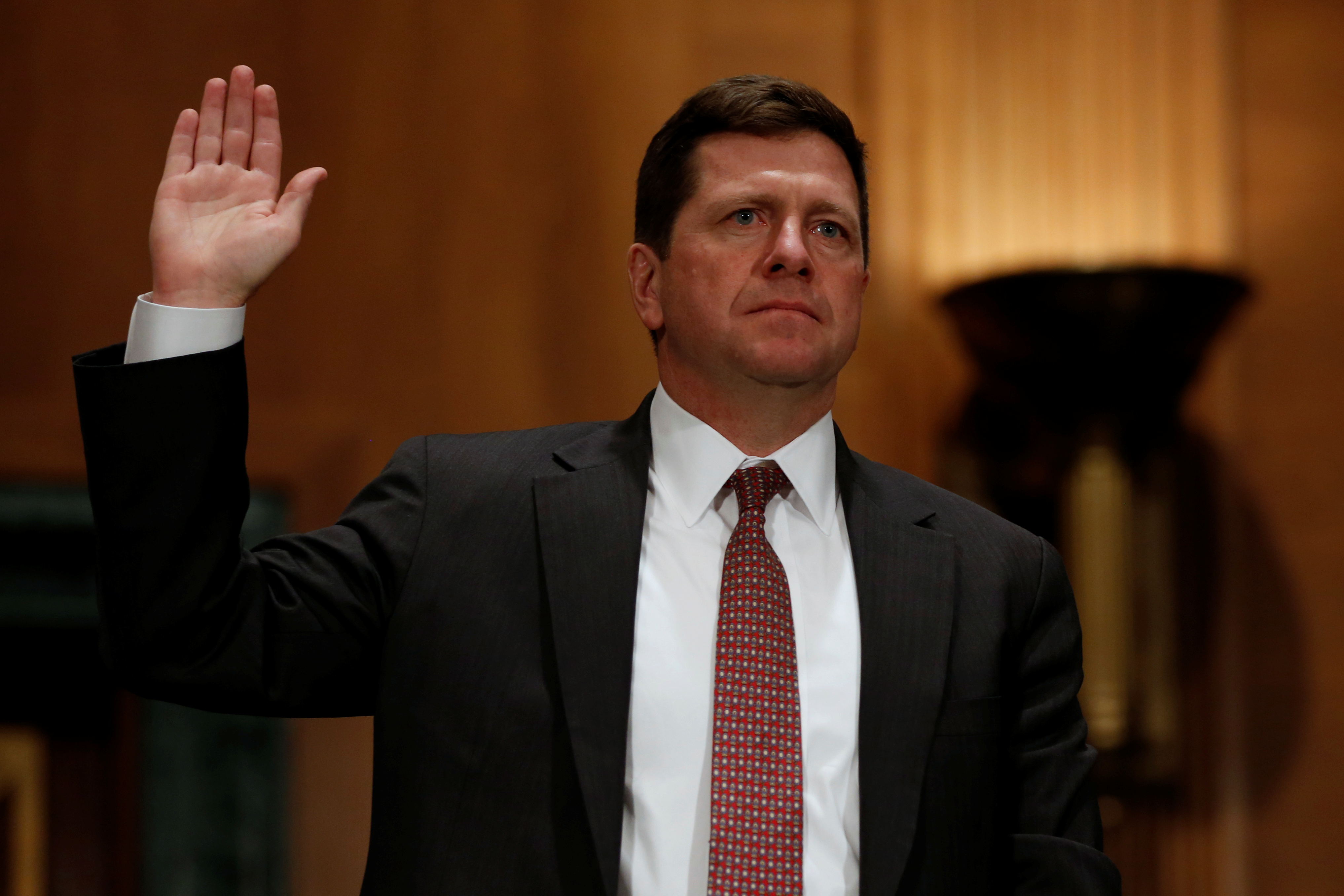 Attorney Jay Clayton, Trump’s pick to lead the agency, will have to sit out decisions on Goldman Sachs and other clients. That increases the prospect of tie votes that can block or diminish enforcement. Deadlock also promises to exacerbate the agency’s politicization.

Jay Clayton is sworn in to testify at a Senate Banking, Housing and Urban Affairs Committee hearing on his nomination of to be chairman of the Securities and Exchange Commission (SEC) on Capitol Hill in Washington, U.S. March 23, 2017.

The U.S. Senate Banking Committee on March 23 held a hearing on the nomination of Jay Clayton, President Donald Trump’s nominee to lead the Securities and Exchange Commission. Clayton is a partner at law firm Sullivan & Cromwell, where he worked on some of the biggest deals during the 2008 financial crisis. He represented Bear Stearns on its sale to JPMorgan, Barclays Capital on its purchase of assets of Lehman Brothers out of bankruptcy, and Goldman Sachs on its capital injections from Warren Buffett and the U.S. Treasury's Troubled Asset Relief Program.

Senator Elizabeth Warren and other Democrats criticized Clayton for his Wall Street ties. In his opening statement at the hearing, Clayton said he would not be soft on financial wrongdoing. “I am 100 percent committed to rooting out any fraud and shady practices in our financial system,” he said. “I recognize that bad actors undermine the hard-earned confidence that is essential to the efficient operation of our capital markets.”