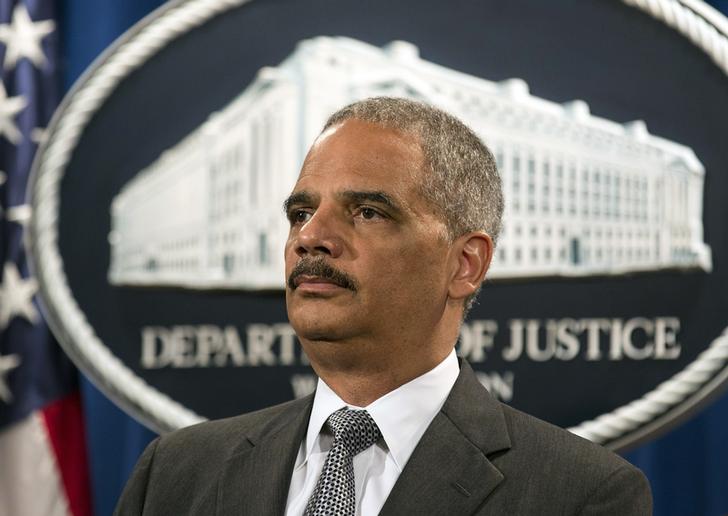 Wall Street needs a sheriff more than a glorified toll collector. U.S. Attorney General Eric Holder is stepping down after squeezing multibillion-dollar penalties from the likes of JPMorgan and Bank of America. He had less success securing convictions, though, making law enforcement just an expensive cost of doing business. Next financial crisis, Uncle Sam should send in a tougher cop.

Holder was already late when he finally got around to cracking the whip two years ago. Five-year deadlines for filing criminal cases related to the 2008 meltdown were about to expire, and all the Department of Justice really had to show was a bunch of insider-trading convictions.

Prosecutors dusted off a 1989 law aimed at the savings and loan debacle, realizing that its 10-year statute of limitations and low burden of proof could help make up for lost time. Eye-popping settlements ensued: $7 billion from Citigroup, $13 billion from JPMorgan and, last month, $16.5 billion from Bank of America.

Missing from the agreements, however, was any mention of criminal liability. That contrasted with settlements involving foreign banks like BNP Paribas and Credit Suisse, which were forced to admit guilt for sanctions busting and tax avoidance, respectively.

Even the touted campaign against insider traders has in some ways disappointed. The Justice Department won criminal cases against the likes of Galleon Fund founder Raj Rajaratnam, but their pursuit of SAC Capital boss Steven Cohen was essentially a bust. Despite convictions of Mathew Martoma and other SAC underlings, the general impression on Wall Street seems to be that Holder netted minnows while the whales escaped.

That’s not entirely the attorney general’s fault. The standard of proof required for criminal convictions is high, and showing that top executives intentionally engaged in wrongdoing is difficult at best.

But Holder didn’t help himself by, for example, telling Congress that it can “become difficult” to prosecute large banks, because doing so can harm the economy. His successors would be wise to remember that punishing financial misconduct should not be just a matter of imposing financial penalties.

U.S. Attorney General Eric Holder was scheduled to announce on Sept. 25 that he is stepping down. He will remain in office until a successor is nominated and confirmed, the Justice Department said.

U.S. Attorney General Eric Holder was scheduled to announce on Sept. 25 that he is stepping down. He will remain in office until a successor is nominated and confirmed, the Justice Department said.