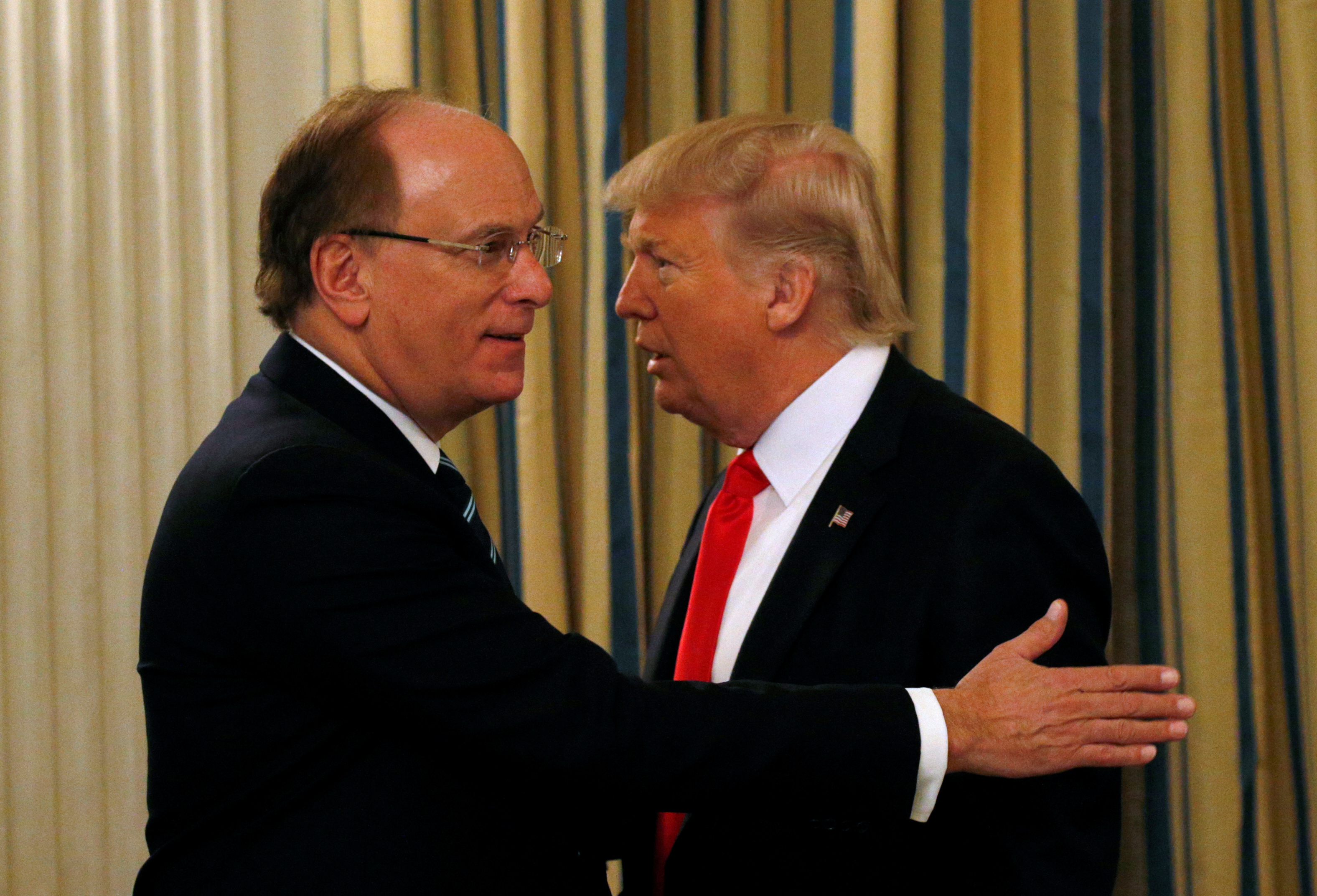 U.S. President Donald Trump talks with BlackRock CEO Larry Fink as he hosts a strategy and policy forum with chief executives of major U.S. companies at the White House in Washington February 3, 2017.

JPMorgan Chairman and CEO Jamie Dimon announced he would not attend on Oct. 14, joining other business and finance leaders in avoiding the event.

White House economic adviser Larry Kudlow, asked about the Trump administration 's continued participation on Oct. 14, suggested that Mnuchin may ultimately not go, depending on the results of the ongoing investigation.

"It's a very important meeting but he... will want to see how things go in the Saudi investigation or the general investigation of the Khashoggi tragedy," Kudlow said on "Fox News Sunday".

Bankers are beginning to doubt there is enough appetite among lenders to raise a $50 billion to $70 billion loan to back oil and gas giant Saudi Aramco's acquisition of a stake in chemicals group SABIC due to concerns over country lending limits and mixed messages from the ruling family about the kingdom's long-term funding plans, IFR reported on Oct. 12.