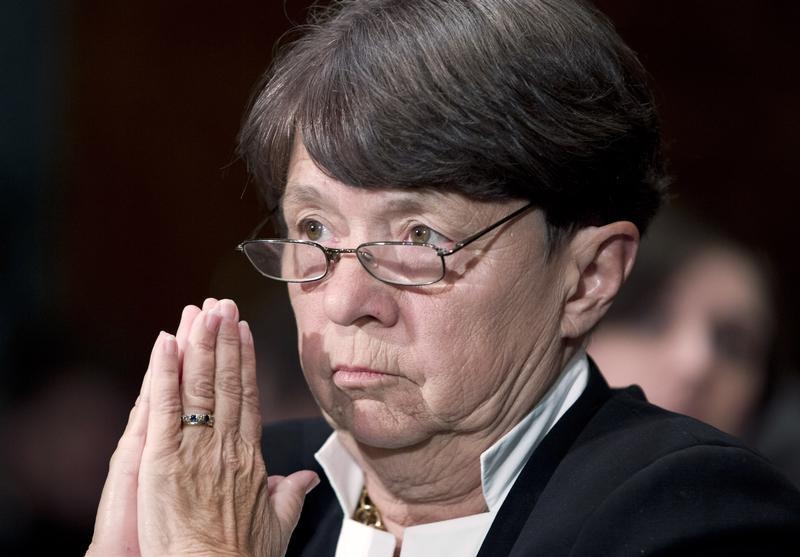 The U.S. Securities and Exchange Commission may be escalating its war with itself. SEC commissioners have long been sniping at each other, slowing the agency’s work. But two new ones nominated by President Barack Obama on Tuesday to fill vacancies may make matters worse, given their sharply opposing views on regulation.

Few on Wall Street may have heard of either nominee. Lisa Fairfax is a Democrat, a law professor at George Washington University and a proponent of shareholder activism and strong corporate oversight. Hester Peirce, a Republican, is a senior research fellow at George Mason University’s Mercatus Center. She has also been a persistent critic of the Dodd-Frank financial reform law and regulation generally.

The five-person commission is legally required to be politically balanced, with two seats going to each party and a fifth to a member of the president’s party. Having Republican and Democratic vacancies at the same time should make the Senate confirmation process easier, since neither side can reject the other’s candidate without putting its own in jeopardy.

Yet the growing strength of the political fringes has skewed the system. Democrats must increasingly take into account the views of left-leaning figures like outspoken Wall Street critic Senator Elizabeth Warren. Republicans, on the other hand, need to consider the opinions of Congress’ right-wing caucus, which has even made picking a new speaker of the House a major challenge. The result is relatively partisan nominees like Fairfax and Peirce.

Ideological bickering is already a problem at the SEC. Retiring Commissioner Daniel Gallagher and his colleague Michael Piwowar, both Republicans, have sparred with other members over cases involving BlackRock, Patriarch Partners founder Lynn Tilton and a host of others. They have issued harsh dissents in SEC rulings, leading to commission votes of three to two on enforcement matters that have traditionally been decided unanimously.

The conflicts have caused delays in meting out penalties and adopting rules to reform money-market mutual funds and implement Dodd-Frank. The uncertainty has a cost for the financial markets, which need clear guidance to operate efficiently. The SEC also loses credibility.

Partisanship was bad enough when it was restricted to Congress. Now that it is creeping into the offices of regulators, gridlock looms for financial oversight.

President Barack Obama on Oct. 20 announced the nomination of two new commissioners to fill vacancies on the U.S. Securities and Exchange Commission. Lisa Fairfax, a Democrat and law professor, has the support of Wall Street critics like Senator Elizabeth Warren. Hester Peirce, a Republican and senior research fellow at the Mercatus Center of George Mason University, has written extensively about flaws with the Dodd-Frank Act, the U.S. financial reform law.