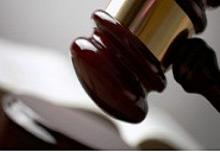 Goldman Sachs and Barclays have come under fire in court for playing both sides of deals. Now, U.S. law firm Covington & Burling just got tossed from a case for a similar offense. Ethics rules and clients usually keep attorneys in line. That’s what makes this lapse so troubling.

Covington & Burling on Oct. 17 filed for an appeal of a Minnesota judge’s decision disqualifying it from representing the state in a lawsuit against former client 3M. The prominent Washington, D.C.-based law firm had advised 3M for more than a decade on, among other matters, the safety of fluorochemical products, arguing that they satisfied U.S. Food and Drug Administration standards.

Minnesota’s lawsuit contends, however, that such products were toxic and polluted the environment. Finding the two positions contradictory, Hennepin County District Court Judge Robert Blaeser threw Covington off the state’s case, citing concerns that confidential information it received from 3M might be used against the company. The firm is also being sued by 3M.

Covington says it had no conflict of interest because the two legal matters were not related and it did not receive any currently confidential information from 3M. It also argues that the company waived its right to disqualify the firm by waiting 15 months to make the request. Minnesota has also appealed Blaeser’s decision, arguing that its case against 3M is now prejudiced and that it can’t start over with new lawyers.