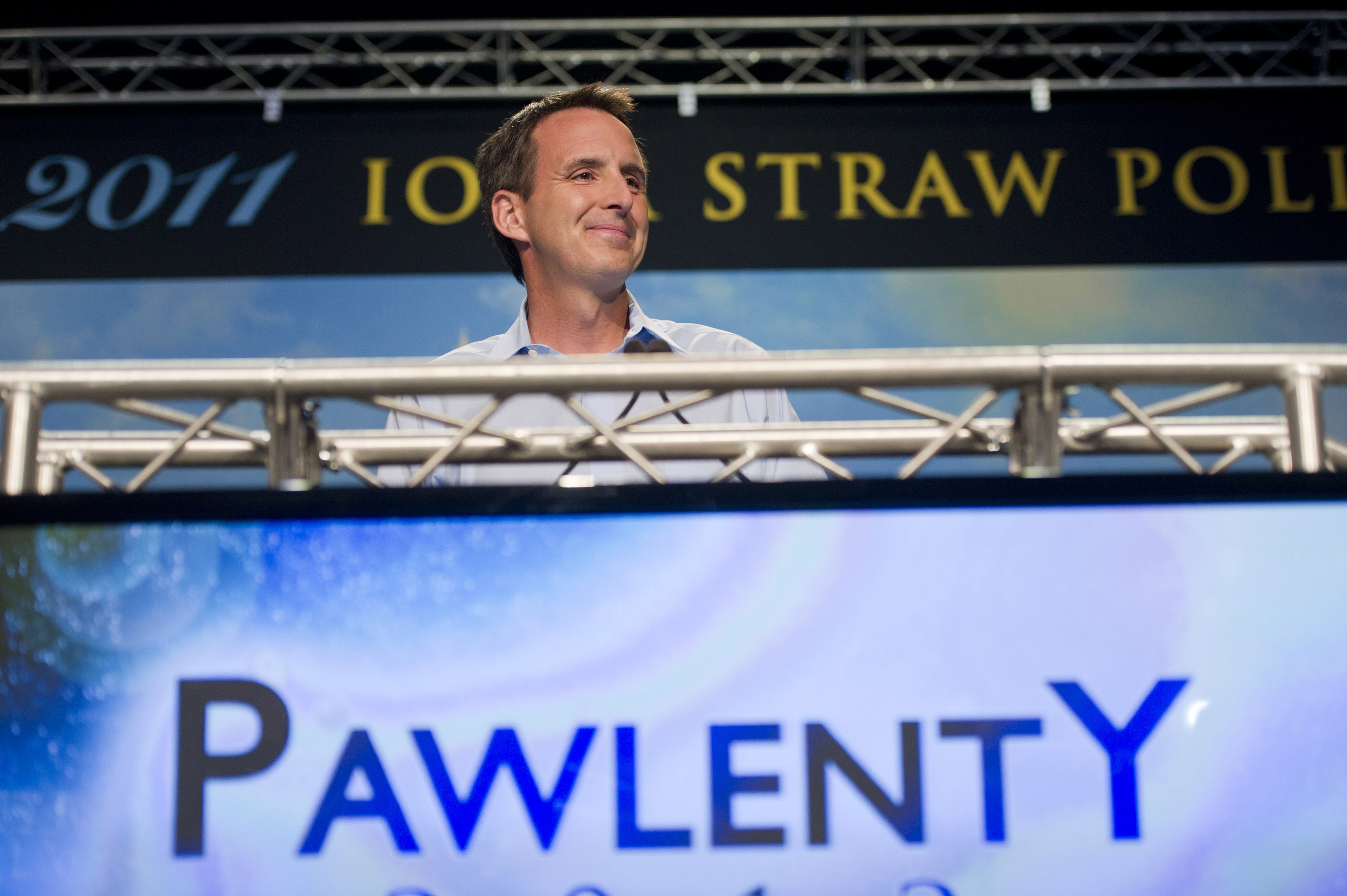 A former wannabe U.S. presidential candidate who once told Wall Street to get its “snout out of the trough” may have trouble in his new role making sure it stays well fed. Former Minnesota Governor Tim Pawlenty will soon become one of the banking industry’s top – and well-paid – lobbyists. He’s an odd choice, suggesting a fractured industry whose cause may continue to struggle in Washington.

The mild-mannered Midwesterner has no experience in finance or Congress, so isn’t exactly the type you might expect to crusade for high-powered dealmakers. During his short-lived pursuit of the Republican presidential nomination last year, he even spoke about “reckless” banks with clear disdain and vowed to end their “bailouts, carve-outs, handouts or special deals.” But as the top dog at the Financial Services Roundtable, Pawlenty will be fighting for precisely the opposite.

That’s a tall order these days. Financial lobbyists may have had some success watering down the Dodd-Frank Act and its implementation. But winning these few battles was nothing next to losing the war that led Congress to dump a ton of regulatory red tape on the industry.

Perhaps it was such setbacks that persuaded the Roundtable to choose a different path as current Chief Executive Steve Bartlett exits. He had led the group since 1999. But he failed to deliver on some key initiatives, notably one to kill the recent debit card interchange law that has cost big banks billions. Insiders say his aggressive, sometimes abrasive personality also sometimes hurt his cause.

The lobbying organization may have picked Pawlenty to cultivate a gentler demeanor – someone who could start afresh and perhaps make the financial industry more friends than enemies.

But a kinder personality alone won’t spell success when backing businesses that many Americans despise. Pawlenty’s background won’t do him any favors either. He has a lot to learn and many relationships to forge among a group he doubtless offended while on the campaign trail. An already weary Wall Street might not display much patience if he struggles to overcome those growing pains.

Former Minnesota Governor Tim Pawlenty announced on Sept. 20 that he will head the Financial Services Roundtable, a lobbying group for about 100 banks and other financial firms. In accepting the job, he quit his position as a top adviser for Republican presidential candidate Mitt Romney.

Former Minnesota Governor Tim Pawlenty announced on Sept. 20 that he will head the Financial Services Roundtable, a lobbying group for about 100 banks and other financial firms. In accepting the job, he quit his position as a top adviser for Republican presidential candidate Mitt Romney.