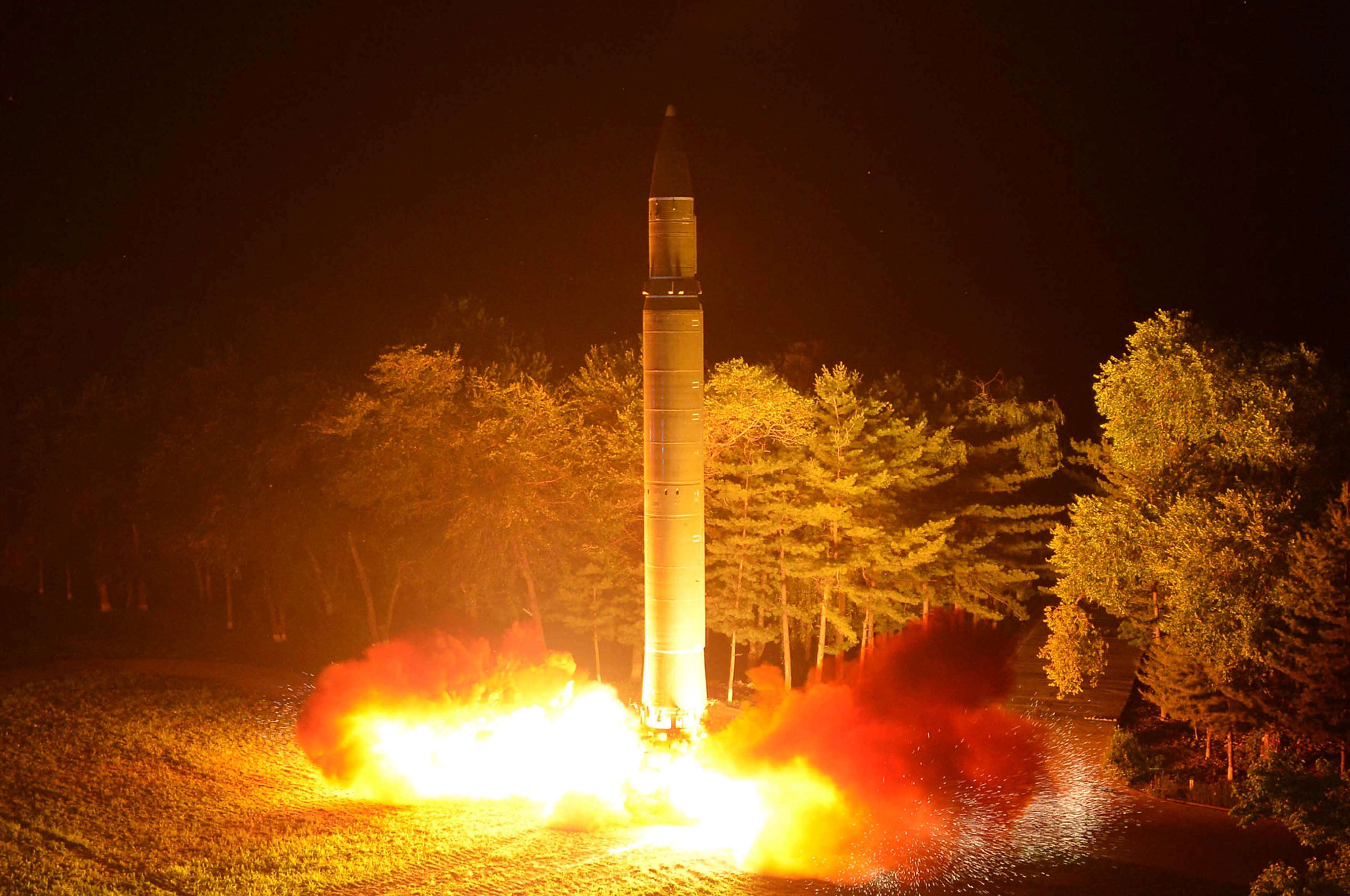 U.S. investors shrugged off possible Armageddon just as easily as protectionism and D.C. dysfunction. President Trump’s blunt nuclear warning might have been a fresh reason to rush into gold or gunsmiths. Mr. Market, however, rarely foretells geopolitical or economic threats.

Intercontinental ballistic missile (ICBM) Hwasong-14 is pictured during its second test-fire in this undated picture provided by KCNA in Pyongyang on July 29, 2017. THIS IMAGE WAS PROVIDED BY A THIRD PARTY. REUTERS IS UNABLE TO INDEPENDENTLY VERIFY THIS IMAGE.

North Korea said on Aug. 9 that it is considering a missile strike on the U.S. territory of Guam. It was a response to President Donald Trump's effectively threatening an all-out military assault on the country if it kept provoking the United States. “They (North Korea) will be met with fire and fury like the world has never seen ... he (leader Kim Jong Un) has been very threatening beyond a normal state,” Trump said. “They will be met with fire, fury and frankly power the likes of which this world has never seen before.”

More than 160,000 people live in Guam, which is also home to a U.S. military base. Before landing in Guam on a pre-arranged fueling stop, U.S. Secretary of State Rex Tillerson said Trump was “sending a strong message to North Korea in language that Kim Jong Un would understand.”

The Washington Post reported on Aug. 8 that U.S. intelligence officials believe North Korea has developed a nuclear warhead that can fit inside its missiles, taking the country a step further towards becoming a nuclear power.