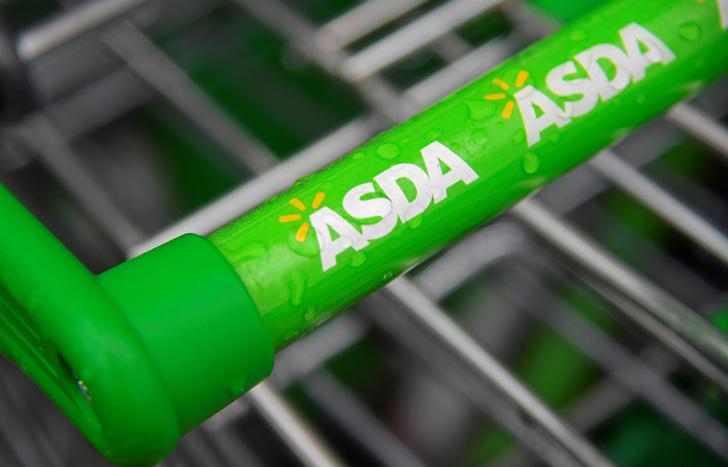 The $375 bln retailer is once again trying to flog a stake in its British chain Asda. Convincing an investor to match the $9 bln J Sainsbury offered in 2018 looks fanciful given weak growth, Brexit risks, and the legacy of the pandemic. The main appeal may be a willing seller.

Branding is seen on a shopping trolley at an Asda store in west London, Britain, April 28, 2018.

Walmart has restarted talks with potential investors over the sale of a majority stake in its UK supermarket chain Asda, a company spokesman said on July 20.

The talks had been put on hold in April, so Asda’s management could focus on dealing with the impact of the Covid-19 crisis.

Walmart originally planned to list the grocer after UK regulators blocked its plan to combine the unit with rival J Sainsbury in 2019. In February, Walmart said it was in talks with possible buyers for a majority stake in the group.