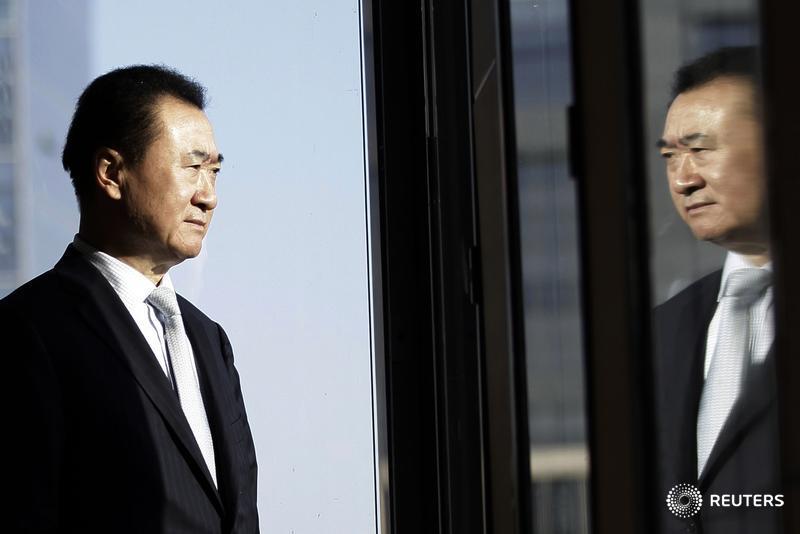 The developer’s reduced $25 bln valuation reflects well-founded worries about China’s real estate market. Wanda has a decade’s worth of building in the works. If the market worsens, the flexibility of an offshore listing will justify the pains of accepting a modest float price.

Wang Jianlin, chairman of Dalian Wanda Group, poses for a photo during an interview at his office in the company's headquarters in Beijing December 3, 2012.

Dalian Wanda Commercial Properties began marketing its shares to investors ahead of a Hong Kong initial public offering that could raise up to HK$29.8 billion ($3.8 billion), giving the mainland Chinese developer a market capitalisation of up to $25 billion.

The IPO was being offered at a price of HK$41.80 to $49.60 per share, implying a valuation of up to 8.7 times forecast 2015 earnings, according to a term sheet seen by Reuters Breakingviews.

Wanda Commercial Properties, owned by tycoon Wang Jianlin, builds residential, retail and office buildings, with 178 projects in 112 cities as of June 2014. Revenue fell by 27 percent in the first half of 2014, year on year, driven by plunging sales of housing.

Investors including China Life, the Kuwait Investment Authority and Och-Ziff have signed up for a total $2 billion in “cornerstone” investments, meaning they would get a guaranteed slice of shares in return for an agreement to hold them after the IPO.