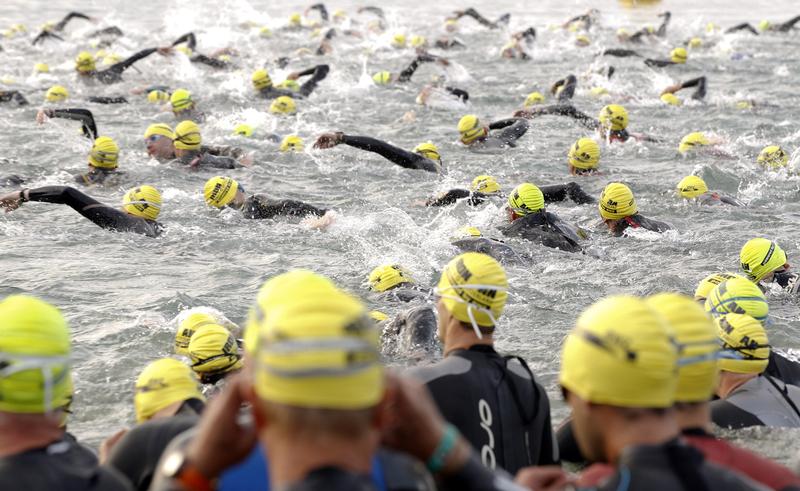 The triathlon-to-soccer arm of tycoon Wang Jianlin’s empire plans a $500 mln U.S. listing. China’s legions of fans and the prospect of the 2022 Olympics in Beijing will be a draw. But a share sale eases only some of its debt load; less burdened rivals may beat it to the finish.

Athletes race into the waters of Lake Zurich for the start of the swimming leg of the Ironman Switzerland Triathlon in Zurich July 25, 2010.

Proceeds from the offering will be used to pay down debt, fund strategic investments and for general corporate purposes.

Wanda Sports owns Infront, a Swiss media and production outfit, and runs triathlon, mountain biking and running events around the world, which include the iconic ‘Ironman’ endurance competition. It also co-owns the China Cup International Football Tournament, an annual event in which China’s national team plays against rivals from Europe and South America.