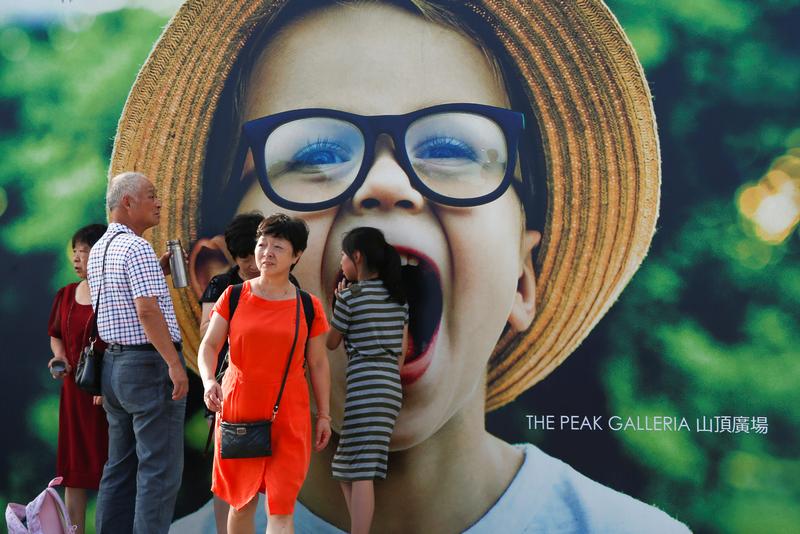 More people spent China’s “Golden Week” holiday on Thai beaches than in Hong Kong malls. As Chinese tourists eschew shopping for sight-seeing, offshore luxury retailers could lose custom. But as the travelling middle class spreads out, there are bound to be more winners.

Mainland Chinese tourists stand in front of an advertisement of a shopping mall at the Peak in Hong Kong, China August 4, 2017. REUTERS/Bobby Yip - RC1F725AF220

The number of Chinese outbound tourists reached over 6 million during the country's eight-day national holiday from Oct. 1 to 8, according to a joint report from China's Tourism Academy and online travel site Ctrip.com, a slight uptick from the previous year.

Chinese tourists travelled to 88 countries and regions, spending an average of 9,800 yuan ($1,472), according to the report. The most popular destination was Thailand, which accounted for 20 percent of outbound tourists, followed by Japan and Singapore.

Chinese travellers spent on average 20,327 yuan per trip in 2016, according to a survey from Oliver Wyman - an increase of 3.5 percent compared to the previous year. Shopping expenditures, as a proportion of total travel spend, decreased 8 percentage points to 33 percent.