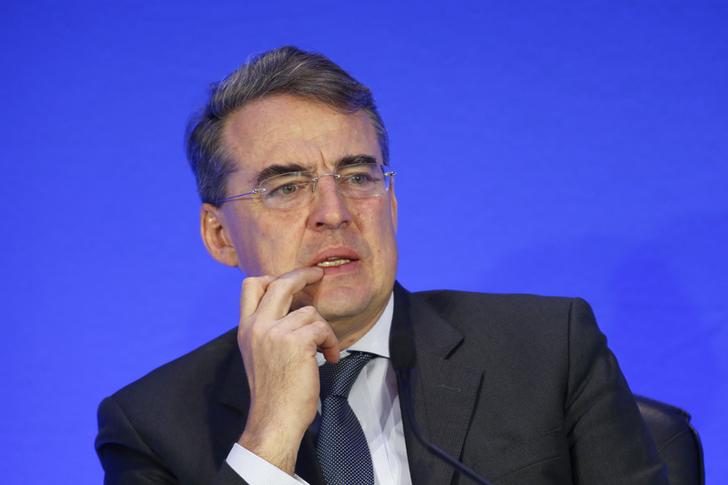 The airline de Juniac leaves is in better shape than when he took on the job in July 2013. Last year was Air France-KLM’s first with positive earnings since 2010. Net debt came down by a fifth to 4.3 billion euros, ties to Italy’s loss-making Alitalia were capped, and pilots at Dutch subsidiary KLM signed a historic deal agreeing to a pay freeze, longer working hours and a rising retirement age.

His successor will struggle to do much more. Wages account for 30 percent of Air France-KLM’s overall revenue. Even at Germany’s Lufthansa, another stricken legacy carrier, the ratio stands at just around 24 percent. At low-cost rival Ryanair, it is just half that much.

De Juniac wanted to raise Air France’s pilot productivity by 20 percent between 2012 and 2014, but only managed 13 percent. A two-week strike kicked off by its pilots in 2014 was one of the longest in the company’s history, setting the airline back by 425 million euros. The flattering effect of cheap oil has made it even harder to convince pilots that they need to make compromises.

Whoever takes on de Juniac’s job can also expect a very modest financial reward in return. In 2014, his total compensation stood at 645,000 euros, according to the airline’s financial report. In the same year, Lufthansa’s CEO Carsten Spohr earned three times as much. That won’t tempt many people to take on the challenge, but at the same time, it’s probably a realistic reflection of how much value they can add.

The chief executive of Air France-KLM, Alexandre de Juniac, is stepping down to run the airline industry’s main trade group, the International Air Transport Association, the airline announced on April 5.

Air France-KLM said it would appoint head-hunters to find a replacement, adding that de Juniac would take up his new post in Geneva by Aug. 1 at the latest.