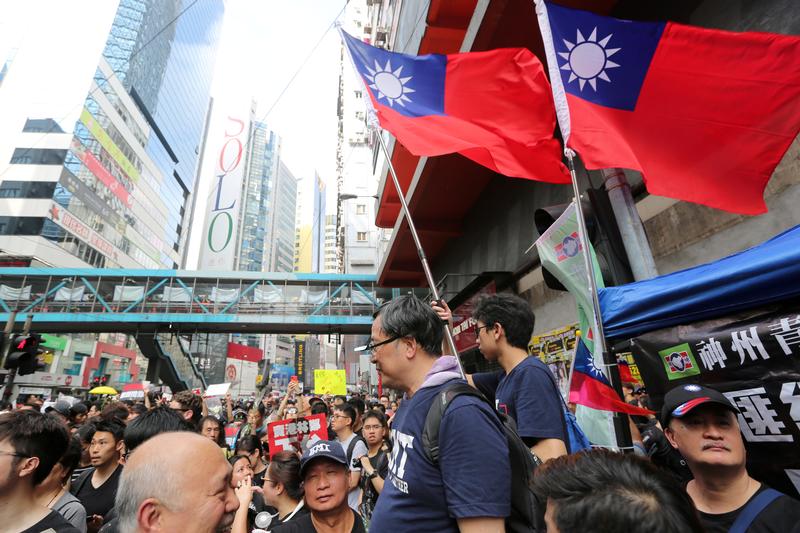 The island’s proximity and cultural similarity should appeal to Hong Kongers fleeing Beijing’s crackdown. For its part, the $600 bln economy needs to plug a severe labour shortage and boost investment. But warm political gestures could be offset by bad immigration policies.

Taiwan flags are seen near protesters attending a demonstration to demand the resignation of Hong Kong leader Carrie Lam and the withdrawal of the extradition bill, in Hong Kong, China June 16, 2019. Picture taken June 16, 2019.

British Foreign Secretary Dominic Raab told parliament on June 2 that if China does not reconsider implementing an “authoritarian” national security law in Hong Kong, the United Kingdom may offer citizenship to Hong Kong holders of British National Overseas passports. He added that around 3 million Hong Kong residents are eligible for such passports. That follows Beijing’s move in late May to bypass the special administrative region’s legislature and directly insert new laws targeting sedition, terrorism, and foreign interference into the city’s Basic Law.

Taiwan's government on May 28 announced it will establish an organisation to deliver "humanitarian relief" for people fleeing Hong Kong for political reasons, including settlement and employment in a joint effort with activists groups.

Taiwan has no law on refugees that could be applied to protesters seeking asylum, but its laws promise to help Hong Kongers whose safety and liberty are threatened for political reasons.

"We will propose an action plan of humanitarian relief for friends from Hong Kong," President Tsai Ing-wen told reporters in Taipei on May 27. "We will continue to support Hong Kong people's determination to strive for democracy and freedom."