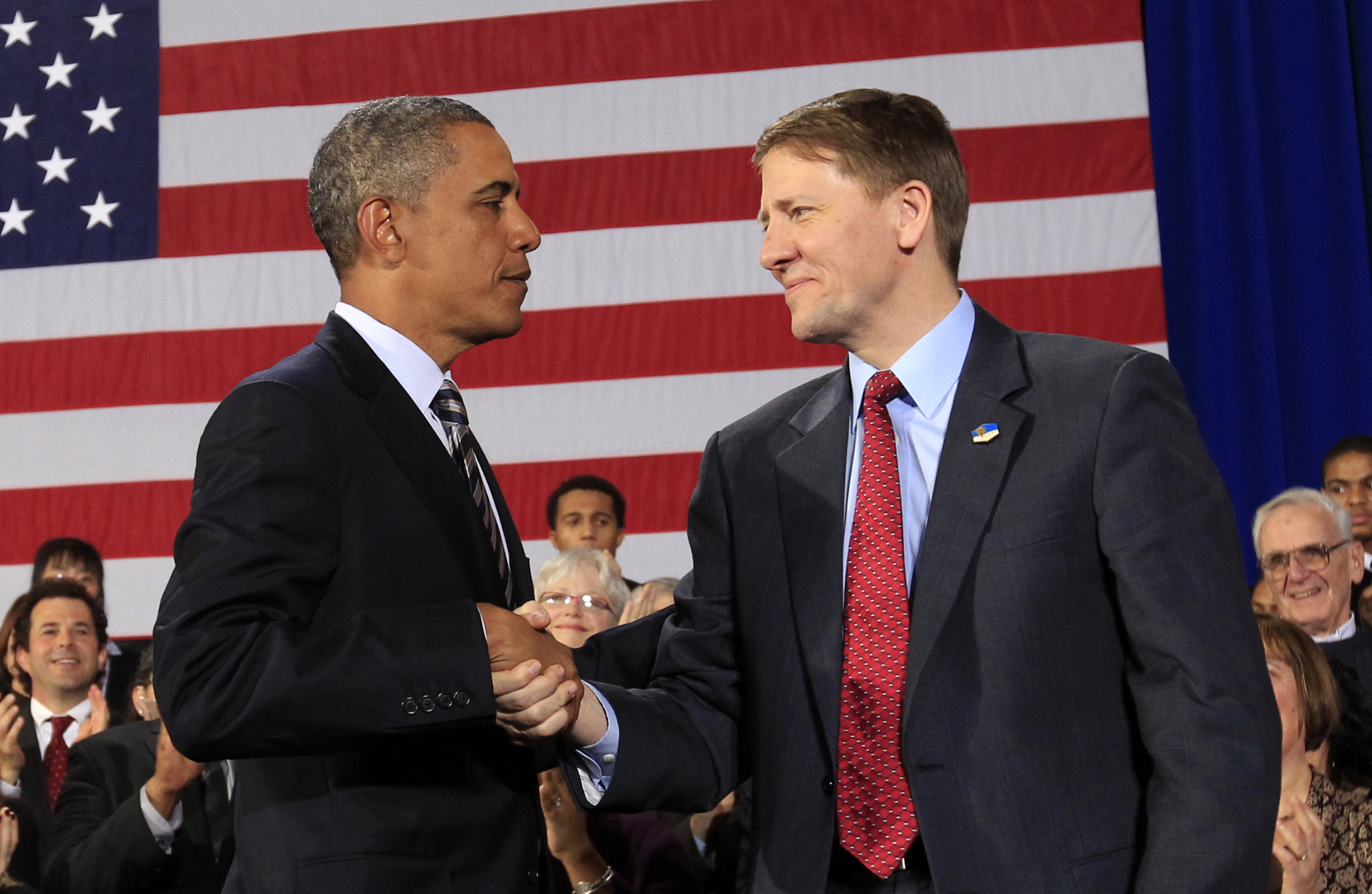 In a bid to limit the power of a new financial regulator, U.S. lawmakers blocked the president’s nominee to lead it. Obama’s back-channel appointment of Richard Cordray could be rendered illegal by a Friday court ruling. But Congress should be ready to approve him now anyway.

A U.S. federal appeals court ruled on Jan. 25 that three appointments made by President Barack Obama last year to the National Labor Relations Board were invalid. The Senate is required to confirm nominees for these posts, but the president chose to put them in place without the chamber’s consent, using a procedure that allows him to do so if the Senate is in recess.
The three-judge panel of the D.C. Circuit Court of Appeals ruled, however, that the Senate was not officially in recess. The decision threatens to nullify all of the rulings made by the NLRB during the period. The Obama administration is expected to appeal the decision to the U.S. Supreme Court.
Consumer Financial Protection Bureau Director Richard Cordray also was a recess appointment using the same method at the same time by the president. Cordray’s elevation to lead the regulator is being reviewed by the appeals court in a separate case.