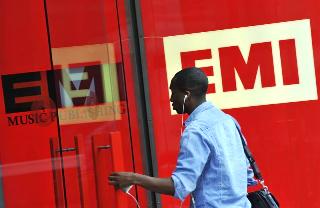 Vivendi’s Universal Music feels good. The purveyor of Lady Gaga hits is so confident of getting approval to buy rival EMI that it agreed to pay the full $1.9 billion price even if the transaction is blocked by trustbusters. But beyond outright success or failure, another possibility – being forced to sell various pieces – could prove costliest.

The regulatory environment has shifted since the deal was announced last November. AT&T was forced to pay a $4 billion break fee after the U.S. Justice Department sued to stop its $39 billion acquisition of T-Mobile USA. The European Commission shot down Deutsche Boerse’s merger with NYSE Euronext. And the Federal Trade Commission, which is reviewing the music combo, stepped in to stop a pharmacy services deal earlier this year.

With a combined 40 percent U.S. market share and even more in some big European countries, Universal must be persuasive. For starters, it needs regulators to believe Apple’s “power buyer” status will prevent Universal-EMI from having undue sway over the cost of digital downloads. That could be a tough sell given prices of the most popular tracks went up during the downturn.

Even assuming antitrust authorities allow the industry to shrink from four majors to three, they could force the Vivendi unit to sell pieces to restrict its dominance. Suppose it needs to offload labels accounting for 15 percent of the $260 million of EBITDA it’s paying seven times to acquire. Selling these bits at a multiple of five times would cost Universal nearly $100 million.

Moreover, those overlaps could account for up to 25 percent of the $160 million of annualized synergies Universal forecasts. On the same acquisition multiple of seven times EBITDA, that would lop another $280 million off the deal’s value. All told, these concessions could cost almost $400 million.

If blocked, EMI and its catalog of classics by the Beatles and others would revert to Citigroup, which would then run a second auction. In that scenario, Universal eats the gap between the $1.9 billion it paid and any lower price fetched. Last time the closest bidder was Warner Music at about $1.65 billion. If Universal’s regulatory calculus isn’t right, the math might yet have it changing its tune.

The European Commission plans to announce on March 23 whether it will conduct a second phase review of Universal Music’s proposed acquisition of EMI Group. Under terms of the deal, Universal, owned by French conglomerate Vivendi, will pay the bulk of the $1.9 billion acquisition price to EMI’s owner, Citigroup, at the earlier of U.S. regulatory approval or mid-September.