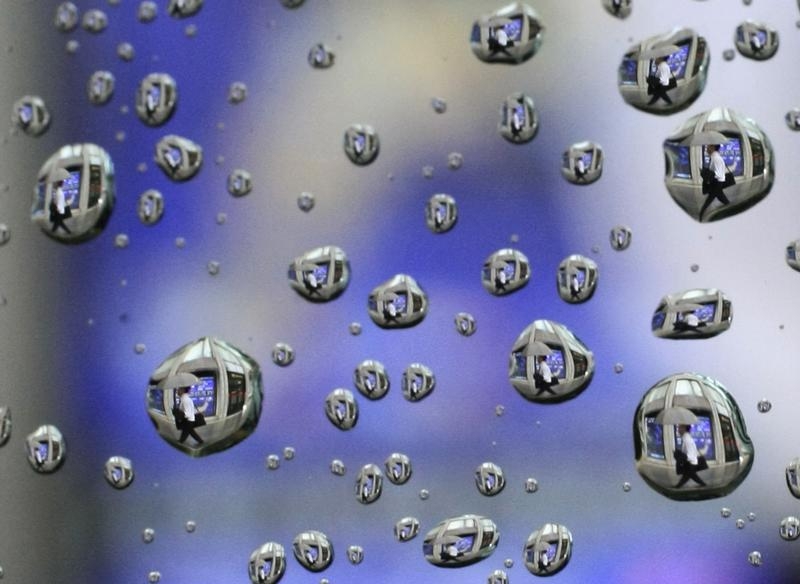 The U.S. water industry could turn its Enron moment into action. The Securities and Exchange Commission fined California utility Westlands and its boss, Thomas Birmingham, last week after he compared the company’s drought-prompted accounting tricks to those of the disgraced energy firm. The incident highlights the $1 trillion-plus funding crisis facing the sector.

Westlands’ transgression was failing to inform prospective bondholders that it had transformed reserve-account cash into revenue in 2010. California’s largest agricultural water district must maintain revenue at a minimum of 125 percent of debt service costs. Anything less could trigger a technical default. And without its little bit of bookkeeping jiggery pokery, Westlands’ ratio would have been 0.63 percent. Birmingham flippantly described the move to his board as “a little Enron accounting.”

Shrinking top lines have been a problem for many American water operators caught by drought in the West and South West. The supply of H2O has fallen, and official restrictions on consumption have crimped that even further.

Drought isn’t the only culprit. Severe floods – both in water-scarce regions and elsewhere – can wash a lot of industrial and other waste into drinking water or increase the levels of toxic algae, as happened in Lake Erie. These can limit supplies and push up costs, depleting cash and making it harder to convince bond investors to stump up more resources.

Cutting expenses can be disastrous. Flint, Michigan switched in 2014 to a cheaper provider that put corrosive water through old pipes, creating a lead poisoning scandal. Replacing the nation’s aging 1.2 million miles of plumbing alone is likely to cost more than $1 trillion over the next two decades, according to the American Water Works Association.

Such incidents, though, may spark action. Flint’s fiasco unleashed broader concerns about lead in water and on Thursday Congress held its third hearing on the mess. Recycling water may become more prevalent – and can eventually pay for itself, according to water infrastructure firm Xylem. And there may be more private financing of projects, such as the controversial $3.3 billion 140 mile pipeline to bring more water to San Antonio.

It’s likely many consumers will end up paying more for clean water. But a dose of reality about this increasingly scarce resource is long overdue.

World Water Day is on March 22.

Michigan Governor Rick Snyder appeared before the U.S. Congress’ House Oversight Committee on March 17. He testified about the crisis caused by the decision of the state’s city of Flint in 2014 to switch its water source from the Detroit Water and Sewerage Department to the Flint River. The new source contained corrosive elements that caused lead from aging pipes to contaminate the water supply. Up to 12,000 children have since been exposed to lead poisoning.

U.S. Environmental Protection Agency Administrator Gina McCarthy also testified, a day after 1,200 pages of redacted EPA emails linked to the crisis were released. These show McCarthy warning in September that the crisis could “get big,” months before the EPA took action.

The Securities and Exchange Commission on March 9 charged Westlands Water District with misleading bond investors about its financial condition.

The regulator said the largest agricultural water district in California did not tell investors ahead of a 2012 bond sale that it used “extraordinary accounting transactions” in 2010 to reclassify funds from reserve accounts to revenue. The district decided to do so as the drought reduced income to the point where its debt service coverage ratio was just 0.63 percent. Failure to meet a coverage ratio of 1.25 percent could be regarded as a technical default on its bonds.

At a public board meeting at which the changes were discussed, Westlands General Manager Thomas Birmingham described them as engaging in “a little Enron accounting.” Had the board – made up of customers – not approved the transactions, Westlands would have had to raise water rates and land charges by 11.6 percent to cover the shortfall.