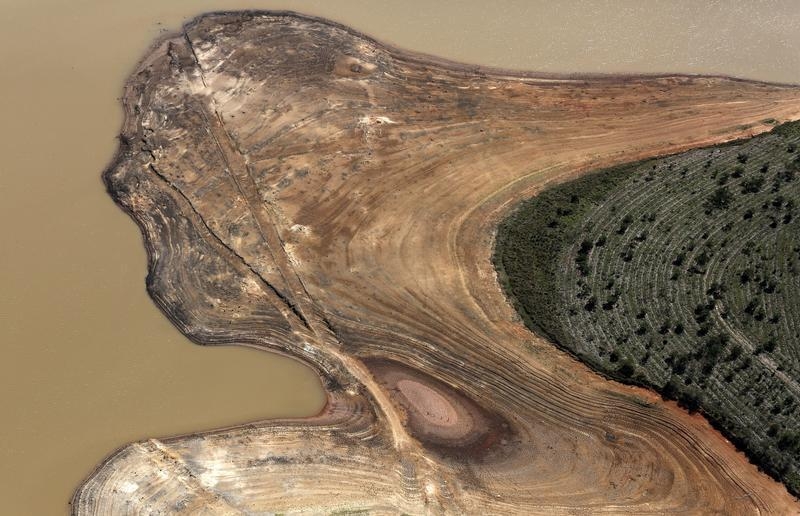 Water is set to become a more serious risk for companies and investors. It’s already recognized. World Economic Forum attendees named H2O a top-three risk two years running. And two-thirds of the world’s largest companies worry about how constraints may affect their business, according to environmental research firm CDP. Few, though, are well prepared for problems. That is set to change.

A few high-profile droughts have helped shake off some complacency. Taps in Brazil’s Sao Paulo may run dry as early as March. California’s supply is low after three years of scarce precipitation. The likes of Illinois and Indiana are starting to use their relative abundance of water to lure companies to their states.

Some firms have taken action. SABMiller has a goal of reducing water used in its breweries by a quarter by 2015. Coca-Cola used 2.08 liters of water for every liter of its own drinks in 2013, down 23 percent since 2004, and wants to be water neutral by 2020. Lockheed Martin, Kimberly-Clarke, AstraZeneca, AT&T and others have implemented water-saving strategies.

That’s not always enough. Often, a company’s idea of water risk is very narrow, CDP points out in a 2014 survey of big companies. Only two-fifths include other local users in their assessments. There’s a similar myopia among those investigating what hazards companies in their supply chain might face – whether shortages, floods, pollution or what have you. Only a quarter consider their water needs in the context of other claims on the same river, for example.

This can leave them exposed, often expensively. Barrick Gold invested $5 billion in its Pascua-Lama mine before putting the development on hold in 2013 after problems with pollution. BHP Billiton had to spend almost $2 billion to build a desalination plant to ensure enough water for a Chilean operation.

Joint action can yield better results. A recent report by the Nature Conservancy outlines how restoring forests and reducing pollution along watersheds can quickly increase the supply of usable water for everyone.

Shareholders are cottoning on. Almost 600 investors representing $60 trillion of assets under management now want CDP’s data on corporate water use, for example – a more than threefold increase since 2010. The internet gives both companies and anyone monitoring them more information than ever, too. The financial hit from actual shortages may be what makes companies change. And if they don’t, increasingly well-informed activist investors may force the issue.