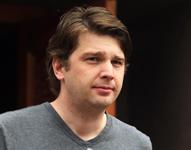 Groupon’s woes won’t end by firing Chief Executive Andrew Mason. The troubled Internet daily deal firm’s stock rallied around 5 percent after the board sent its witty boss packing. But with overseas operations a mess, coupons in decline and a controversial chairman calling the shots, the company has bigger problems.

Mason is certainly amusing, as the letter he sent informing staff of his departure demonstrated: “I’ve decided that I’d like to spend more time with my family,” he wrote, adding “Just kidding – I was fired today. If you’re wondering why … you haven’t been paying attention.” That humor suited the company fine when it was increasing sales ten-fold annually. Backers could laugh off stunts such as the video of Mason doing yoga in his underwear in front of a Christmas tree as an eccentric way to motivate the company’s salespeople. But Groupon’s problems mounted and the stock plummeted from its IPO price of $20 to under $5 per share.

Groupon’s shortcomings run far deeper than the antics of its boss, though, as evidenced by the quarterly results released the day before Mason’s ouster was announced. The firm had an operating loss of $13 million. International revenue fell 16 percent from the same period last year. The Internet coupon business is in decline, and it’s unclear how profitable Groupon’s more recent foray into selling goods will be.

Turning the underlying business around might be tempting for some wannabe CEOs. But the presence of chairman and now interim co-chief executive Eric Lefkofsky may well put off even these glory-seekers. He, along with co-founder Brad Keywell, between them have enough super-voting stock to essentially control the company. And Lefkofsky’s past makes him a controversial figure: he has contentious business failures in his past, a thicket of related-party dealings Groupon has with other companies he is associated with, and he sold stock right before the initial public offering.

Groupon investors may have lost faith in Mason. But replacing him may well not be sufficient to fix the company’s myriad other problems.

Groupon has fired Chief Executive Andrew Mason. The Internet coupon company announced on Feb. 28 that it had appointed executive chairman Eric Lefkofsky and vice chairman Ted Leonsis as co-chief executives on an interim basis. The board has commenced a search for a new chief executive.
The move followed a 24 percent decline in Groupon stock to $4.53 a share on Feb. 28, a day after the company announced weaker-than-expected fourth-quarter results. Groupon went public at $20 a share in November 2011.
In a memo to employees, Mason said: “After four and a half intense and wonderful years as CEO of Groupon, I’ve decided that I’d like to spend more time with my family. Just kidding - I was fired today. If you’re wondering why … you haven’t been paying attention.”