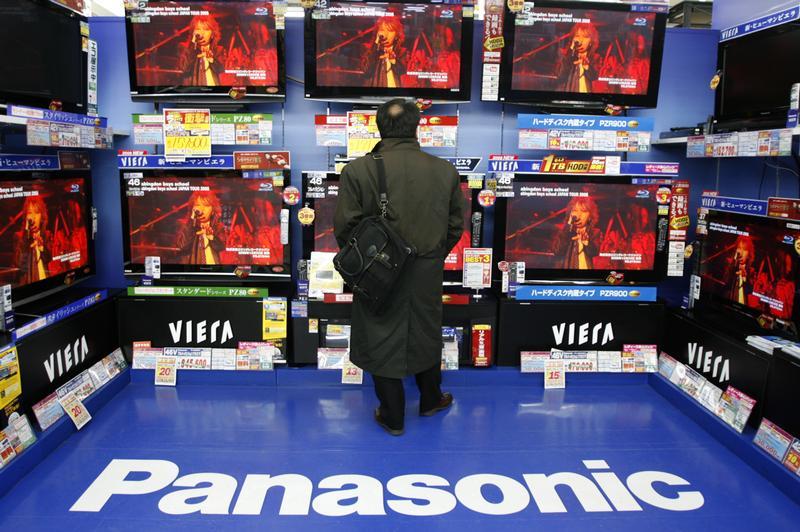 Japan’s assault on the yen has produced some clear winners: investors in the country’s beaten-up consumer electronics industry. Shares in Panasonic jumped 17 percent on Feb. 4 after the group reported a less-severe-than-expected quarterly loss. The hope is that stronger exports and recent cost-cutting will transform earnings. But with revenue still shrinking, the recent rally is largely based on hope.

Panasonic’s cost-cutting measures are clearly beginning to have an effect. Though revenue fell 8 percent year-on-year in the three months to December, the company reported an operating profit of 34.6 billion yen ($370 million), compared with an operating loss in the same period a year earlier. Sharp, an even more troubled rival, also managed to eke out a small operating profit.

Investors may hope that the weaker yen may boost demand from overseas while making Japanese products at home more attractive relative to pricier imports. Any improvement in sales would have an immediate effect on the bottom line: high costs and an inflexible workforce means that Japanese companies have the highest operating leverage in the world, according to Deutsche Bank. That helps explain why Thomson Reuters’ Japanese electronics index is up almost 70 percent since mid-November.

Yet the revival remains uncertain. Almost every one of Panasonic’s divisions generated less revenue in the final nine months of 2012 than in the same period of 2011. Lower export prices should help the group compete against rivals from South Korea and elsewhere. However, grabbing back lost market share also requires the kind of innovation that has been largely absent from Japanese firms in recent years. It’s telling that both Panasonic and Sharp did not adjust their own forecasts of hefty losses for the year to March 2013. Sharp remains financially fragile, too, with 900 billion yen of debt maturing this year, according to Fitch Ratings, and just 164 billion yen of cash in the bank.

Valuations remain low. Panasonic’s market capitalisation is less than a quarter of the company’s forecast full-year revenue of 7.3 trillion yen, even after its recent bounce. Five years ago, its price-to-sales multiple was twice as high. But without a revenue revival it’s hard to justify a return to those days.

A man looks at Panasonic televisions displayed at an electronic shop in Tokyo January 28, 2009. REUTERS/Yuriko Nakao

Shares of Panasonic Corp jumped 17 percent to 692 yen on Feb. 4 after the Japanese electronics maker reported better-than-expected fourth quarter operating profit, amid hopes that exporters may benefit from a weaker yen. Shares in rival Sharp rose 5.5 percent.
Panasonic and Sharp both reported on Feb.1 that their group net losses had doubled from a year earlier in the nine months from April to December. However, both companies saw signs of improvement following restructuring efforts.
In the three months to the end of December, Panasonic reported sales of 1.8 trillion yen ($19.4 billion), down 8 percent on the same period of the previous year. However, it reported an operating profit of 34.6 billion yen, compared with an operating loss of 8.1 billion yen in the three months to December 2011.
Panasonic and Sharp left unchanged their full-year forecasts, when both companies are expected to report hefty losses.
Fitch Ratings said on Feb. 4 that, despite the revival, Sharp was still dependent on support from its main creditor banks.