Not so cunning plan 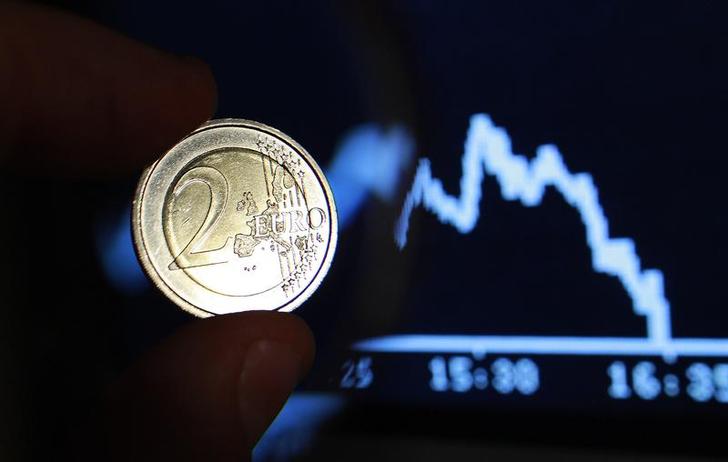 The European Central Bank has been egging on the euro’s slide. It has a not-so-secret hope: a cheaper currency will bring some much desired inflation into the euro zone. Good luck.

The euro is doing exactly what policymakers want, having dropped nearly 6 percent since March on a trade-weighted basis. In theory, this should make imported goods more expensive and push up euro zone consumer prices. Economists say that a 10 percent drop in the euro’s trade-weighted value should eventually lift the inflation rate by 0.4-0.5 percentage points. That would come in handy when the inflation rate is 0.3 percent, far below the near-2 percent target.

Right now, though, other forces could overwhelm the currency effect. To start, the dollar prices of many commodities are sliding, some by far more than the euro is falling. Brent crude oil prices have slumped by more than a quarter since mid-June. Reuters research suggests the European Union will save up to $80 billion in energy imports if oil prices stay low – good for consumption, but bad for inflation.

The ECB could choose to focus more on core inflation, which strips out food and energy costs. But that might not help. Demand is so weak in the euro zone that companies may struggle to pass on any increase in the price of imported goods.

In fact, far from pushing up prices, companies are being forced to cut them to obtain orders, according to anecdotal evidence picked up by data firm Markit. This is reflected in Markit’s survey of euro zone purchasing managers, which shows manufacturing output prices, basically the price of goods leaving factory gates, fell at their fastest pace in 14 months in September.

It would take a huge slump in the single currency’s value to force prices higher. But that would disrupt the global economy. The euro zone already runs a large trade surplus. Its trading partners would challenge the euro’s fall well before the currency became an unbeatable competitive advantage.

Brent crude oil prices have fallen more than 25 percent since mid-June. They dropped as low as $82.72 per barrel on Oct. 16, their weakest since 2010.

The European Union could save up to $80 billion in energy imports if oil prices remain low, Reuters research shows.

Brent crude oil prices have fallen more than 25 percent since mid-June. They dropped as low as $82.72 per barrel on Oct. 16, their weakest since 2010.

The European Union could save up to $80 billion in energy imports if oil prices remain low, Reuters research shows.