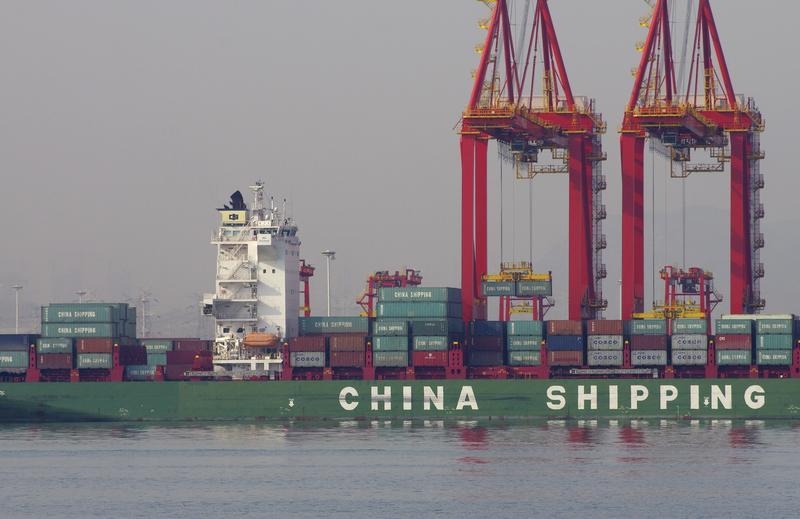 A lower yuan would be no panacea for China Inc. The currency’s recent drop against the dollar has renewed fears that China could use foreign exchange rates to get a competitive edge over rivals, perhaps even resorting to a sharp devaluation. That would yield some winners and losers. But it would do little overall for the real economy. Besides, exports matter less than they used to for Chinese growth.

To be sure, some companies would cheer. Equipment makers and shipping firms that bill their customers in dollars would benefit especially. For example, a 15 percent slide in the yuan would lift operating income 38 percent at China Machinery Engineering and 23 percent at COSCO, Morgan Stanley analysts estimated in August.

But even most exporters would not enjoy a clear-cut win. For many the benefits would be offset by having to pay more for commodities and components. After all, the strong yuan has made it cheaper to buy inputs such as computer chips from Japan.

Airlines, who buy fuel and aircraft in dollars and sell tickets in renminbi, would suffer. Other losers would include any companies with lots of interest to pay on foreign debt, like property developers such as Soho China. Broadly though, the impact on most listed companies would be limited, since both revenues and costs are largely in yuan. It would be a similar story for China’s unlisted companies.

China’s recent growth has depended more on building tower blocks, highways, airports and so on than on selling to the rest of the world. Exports were 36 percent of GDP in 2006 but just 23 percent by 2014, World Bank data shows.

That doesn’t mean Beijing’s planners would not like an even weaker currency. But the main advantage would be to preserve the ability to cut interest rates, rather than boost sluggish exports. China’s highly indebted corporations have seen real interest rates rise as prices have been pushed down by overcapacity. A lower yuan would give the People’s Bank of China more room to come to their aid.

The Chinese yuan weakened on Jan. 14, despite a firmer midpoint setting by the country’s central bank. The People’s Bank of China set the midpoint rate at 6.5616 per dollar prior to market open, versus the previous day’s close of 6.5743. By 1040 Beijing time (0240 GMT) the onshore yuan was trading at 6.5878.

China’s currency has fallen more than 5 percent against the dollar since August. A widening gap between the offshore and onshore rates indicated market expectations that the yuan would depreciate further, before the PBOC stepped into the Hong Kong market to support the currency on Jan. 12.

Accelerating capital flight has also fuelled expectations among analysts that China will be forced to further depreciate the yuan. Although the currency has weakened against the dollar, Beijing says it has remained stable against a trade-weighted basket of currencies.