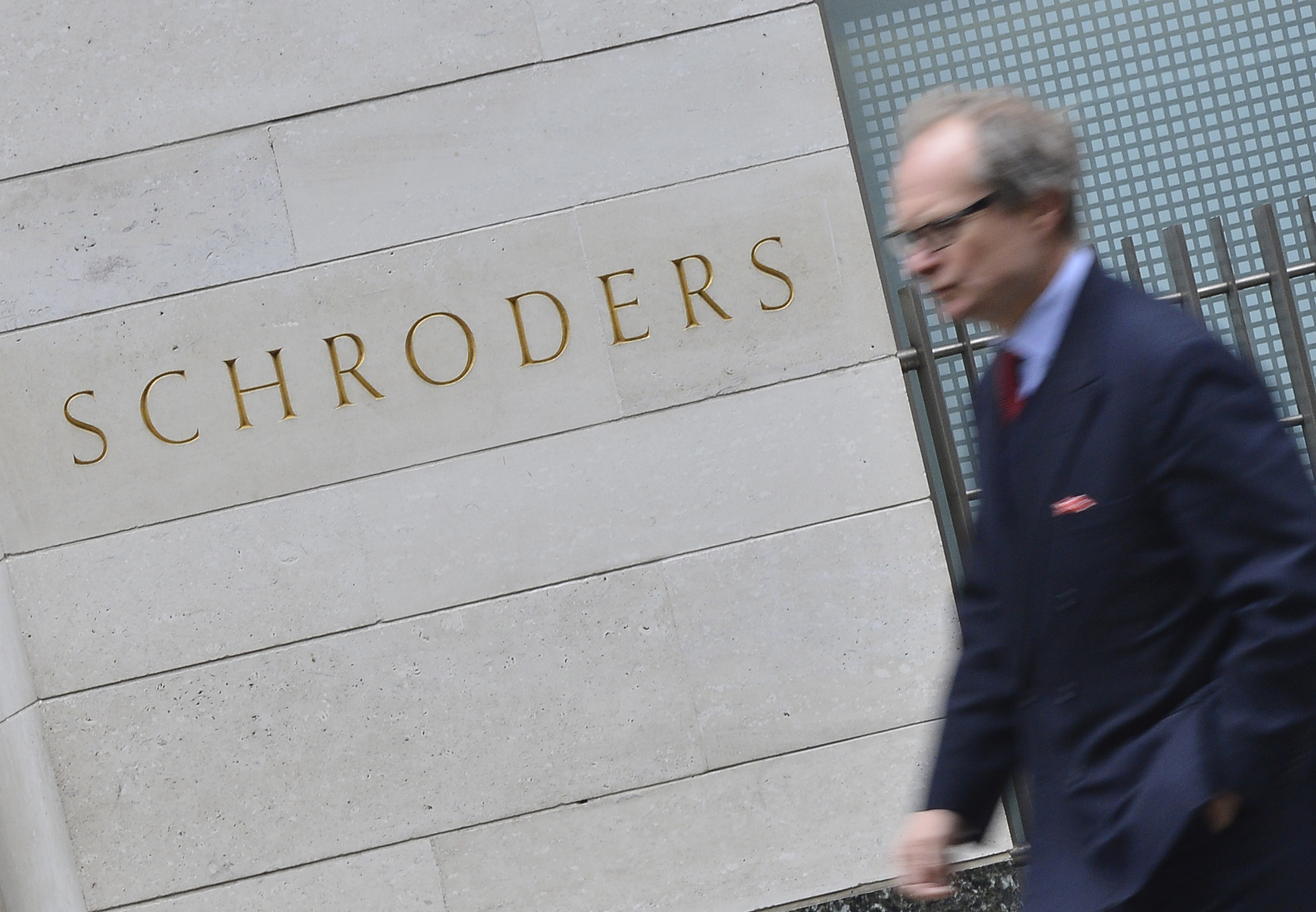 The UK bank is in talks to create a wealth management joint venture with Schroders. Boss Antonio Horta-Osorio needs to boost revenue to comfortably hit his 2020 targets. Flogging more savings products will boost fee income which has halved since 2012, while avoiding costly M&A.

A man walks past a Schroders sign outside a building in the City of London March 22, 2013.

Schroders said on Oct. 8 it was in talks with Lloyds Banking Group to work together in the wealth sector.

Asset manager Schroders said in a short statement that discussions were ongoing and there was no certainty that they would lead to a deal.

Lloyds issued a similar statement, saying any further announcement “will be made at the appropriate time”.

Sky News reported that Lloyds would merge its 13 billion pound ($17.03 billion) wealth management arm into a new joint venture with Schroders in which the London-based lender would own 50.1 percent.