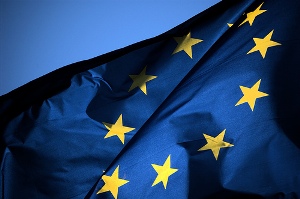 Switzerland’s banks have to hold extra capital – the “Swiss finish” – because they tower over their tiny country. If the recent recommendations of the UK’s Independent Commission on Banking are accepted, UK lenders will have a “British finish” for similar reasons. Euro zone banks should require extra capital too, though not because they are huge compared to the size of the economy. Rather it is because the region’s lender of last resort mechanisms are dysfunctional. Think of that as justification for the round of capital-stuffing that is now being prepared.

Until recently, euro zone banks may have thought they would gain a competitive advantage over their British and Swiss rivals by having a thinner sliver of capital. But as the sovereign debt crisis turns into a banking crisis – Dexia’s brush with disaster has provided the latest shock – politicians are coming to the conclusion that fatter loss-absorption buffers are needed. Without extra capital, it will be hard to restore confidence among depositors and providers of wholesale funds.

So far there doesn’t seem to be a clear idea about how to do this. Indeed, there seems to be an attitude in some quarters that bigger cushions aren’t really needed on fundamental grounds; they are just required because the market is behaving irrationally. But this misses the point. Investors are worried because the institutional arrangements for regulating and bailing out banks in the euro zone are untested and plagued with complexity.

The European Banking Authority, which co-ordinates national regulators, has been exposed as a paper tiger because of its excessively soft stress tests. The European Central Bank, which provides liquidity in a crisis, has been slow to make long-term lending available – although it may change that stance on Oct. 6. The European Systemic Risk Board, a new crisis management body grouping central banks and regulators, hasn’t yet done anything visible. And what about the politicians, who would be required to sign the cheques for any bank bailouts? Well, they are endlessly squabbling.

In the circumstances, it is rational for the markets to demand a euro zone finish. The sooner the policymakers give it, the smaller it will need to be.

Euro zone policymakers have begun to hint at a forced recapitalisation of banks in the euro area. At a press conference on Oct. 4, German Finance Minister Wolfgang Schaeuble said that the expired 2008 mechanisms for shoring up German banks could be reactivated if necessary.
Meanwhile, European Commissioner for Economic and Monetary Affairs Olli Rehn stressed the need for a reinforcement of the banks to reduce uncertainty in the euro zone. “This should be regarded as an integral part of the EU’s comprehensive strategy to restore confidence and overcome the crisis,” he told the Financial Times.