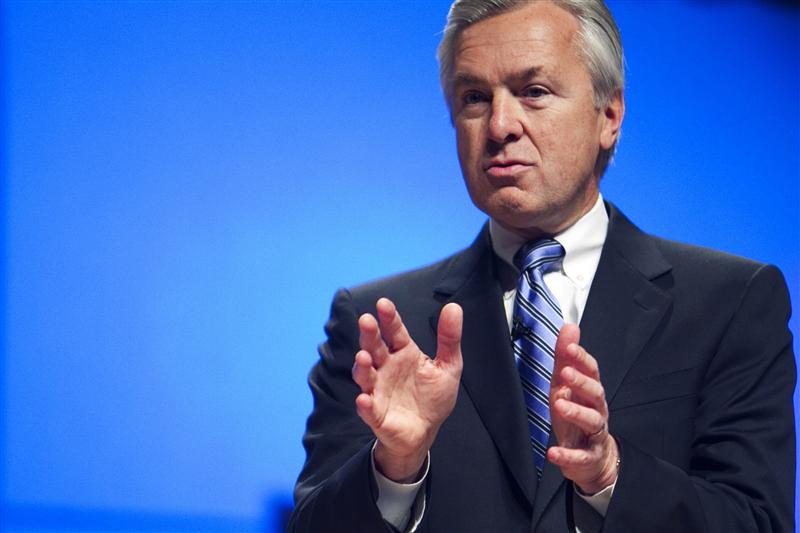 John Stumpf may be easing his way onto the soapbox. The Wells Fargo chief executive runs the biggest U.S. bank by market value, at $210 billion, but has kept a lower profile than many of his peers. Lately, though, he has been critiquing regulation more, tiptoeing into a role filled until recently by JPMorgan boss Jamie Dimon.

Wells Fargo, with its Midwestern roots and San Francisco headquarters where Old West stagecoaches are displayed, deliberately distances itself from the image of the slick East Coast banker. “I’m not one of you New York guys with your fancy products,” Chairman Dick Kovacevich said at a 2008 gathering of bank bosses as a massive bailout took shape, according to the book “Too Big To Fail.”

Even after acquiring Wachovia and its investment bank, Stumpf has carried on the tradition of his predecessor, maintaining a healthy separation – at least publicly – from policy debates the other side of the country. It’s evident in his yearly letter to shareholders, a forum commonly used by corporate chieftains to express their viewpoints. In JPMorgan’s 2011 annual report, for example, Dimon devoted eight of his 38 pages to global regulation. Stumpf barely mentioned the subject in a missive that was only eight pages total.

Now, though, Stumpf appears to be trying on the statesman hat for size. Quarterly earnings calls are another opportunity for a bank chief to take a stand. Stumpf has rarely used his for that purpose, but during Wells Fargo’s latest, he wrapped up his prepared introductory remarks with an attack on the growing outcry for new rules targeting big banks. “Some claim that we receive a subsidy or have an unfair advantage from being perceived as too big to fail,” Stumpf said. “We disagree.”

Stumpf may feel a greater responsibility as he serves a one-year term – the first for a Wells Fargo boss – as chairman of the Financial Services Roundtable lobbying group. It also wouldn’t be surprising if industry colleagues wanted Stumpf to speak up. Dimon has been quieter since the failures associated with JPMorgan’s “London Whale” losses came to light and is fighting a shareholder move to split the chairman and CEO roles. Citigroup’s Michael Corbat is new in the job. Lloyd Blankfein is carefully rehabilitating Goldman Sachs’ image.

What’s more, Wells Fargo is besting large U.S. rivals in terms of return on equity and price-to-book valuation. That makes Stumpf the most credible bank CEO on the stump.

Wells Fargo Chief Executive John Stumpf addressed the issue of some banks being “too big to fail” during the bank’s latest quarterly earnings conference call with analysts.
“We do not need additional legislation aimed at big banks,” he said on April 12. “Important and significant regulatory changes have been made since the financial crisis and we need to give existing regulations a chance to work especially now when all of our energy should be focused on creating growth and new jobs.”