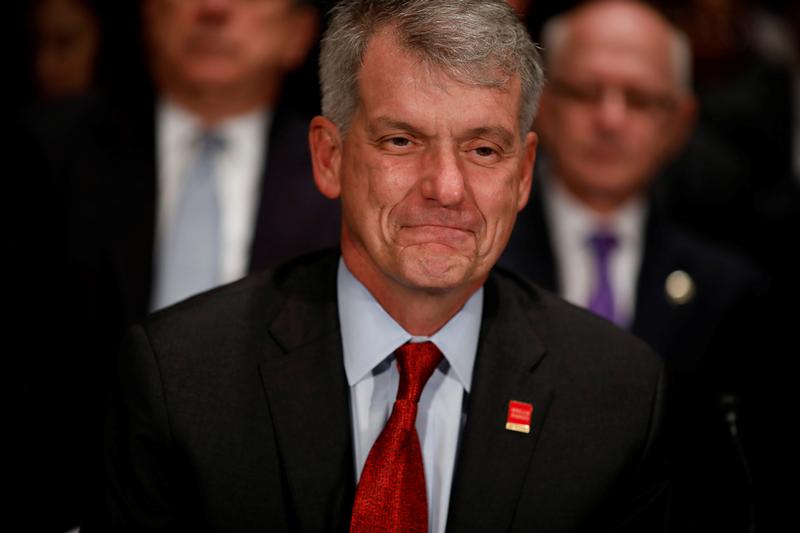 Tim Sloan will contend for banking’s comeback award in 2018. He struggled in his first year to contain fallout from the lender’s fake-accounts fiasco, but he’s cleaning up the company and, crucially, its culture. That should get investors, regulators and customers back onside.

The Office of the Comptroller of the Currency has told Wells Fargo that it is considering instigating a formal enforcement action against the bank following problems in its auto-insurance and mortgage businesses, the Wall Street Journal reported on Nov. 29. In a letter to the bank dated Nov. 4, seen by the newspaper, the regulator said Wells Fargo had willingly harmed customers and repeatedly failed to correct problems in those two businesses and elsewhere. Reuters first reported that the OCC was pondering sanctioning the bank on Oct. 2.

Also on Nov. 29, Wells Fargo appointed three new independent directors who will join the board at the start of January.

Celeste Clark is the former chief sustainability officer and global public-policy and external-relations officer for Kellogg. Theodore Craver is the former chairman, chief executive and president of Edison International, and an erstwhile treasurer of First Interstate Bancorp, which Wells Fargo bought in 1996. And Maria Morris ran technology and operations for MetLife, where she was most recently interim head of the U.S. business and head of the global employee-benefits business.

The three will replace departing Chairman Stephen Sanger as well as Cynthia Milligan and Susan Swenson, who are all retiring at the end of 2017. Sanger and Milligan received less than 60 percent of the vote from shareholders at the bank’s annual meeting in April 2017.