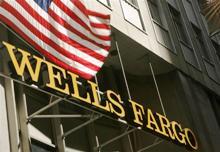 Wells Fargo’s mortgage strength is America’s weakness. The bank accounts for a third of the country’s new home loans and is the largest servicer, too. That’s great for Wells’ bottom line. But such a dominant market share, if sustained, could be bad news for consumers and taxpayers. Rivals need to up their game.

The San Francisco-based bank’s mortgage business is three times the size of its nearest competitor. And Bank of America, once a behemoth after buying Countrywide in 2008, now accounts for just 4 percent of the market, according to Credit Suisse, after deciding to stop buying mortgages from other lenders.

Wells also became the nation’s top mortgage servicer in the fourth quarter last year, edging out BofA. Servicing is the paper-pushing operation that keeps monthly payments flowing from borrower to banks and investors in mortgage-backed securities.

Servicing may not be sexy, but it’s an essential cog in the U.S. home-lending machine. Wells currently services $1.8 trillion-worth of home loans. That’s difficult to replicate or compete with. Three banks account for 46 percent of the market and BofA and JPMorgan are shrinking their business. If Wells were to fail, it would take months or longer for others to ramp up to fill the vacuum, potentially causing havoc.

Being such a large lender puts Wells in a position to negotiate better deals with government-run agencies like Fannie Mae and Freddie Mac that back most home loans. That’s potentially bad for taxpayers since lower guarantee fees would mean lower returns for the risk being taken and fewer funds set aside for soured mortgages. Wells could also negotiate lower prices for loans from smaller banks that aren’t equipped to service the mortgages themselves. That’s bad for consumers.

The good news is smaller lenders like U.S. Bancorp, Flagstar Bank and Provident Funding are stepping up to the plate. Even American Express is getting into the business. But their combined market share is a third of Wells’. Bigger muscle may be needed to balance the playing field. JPMorgan, for one, has the balance-sheet capacity to increase its footprint in home lending. The last thing the United States needs is another too-big-to-fail problem in mortgages.

Wells Fargo reports second-quarter earnings on July 13. The bank increased its mortgage-lending market share to 33.9 percent in the first quarter, up from 25.3 percent in the same period a year ago, according to Credit Suisse. Bank of America’s share, meanwhile, dropped to 4.2 percent from 17.2 percent while JPMorgan Chase’s allocation shrank to 10.6 percent from 11.4 percent.

Wells Fargo’s revenue is expected to grow 1 percent quarter-over-quarter to $21.8 billon percent, with a double-digit increase in mortgage banking offsetting a slowdown in trading, according to Credit Suisse. The bank’s earnings before interest, taxes, depreciation and amortization should reach $7.4 billion, according to Thomson Reuters estimates, up from $6.7 billion in the prior year.