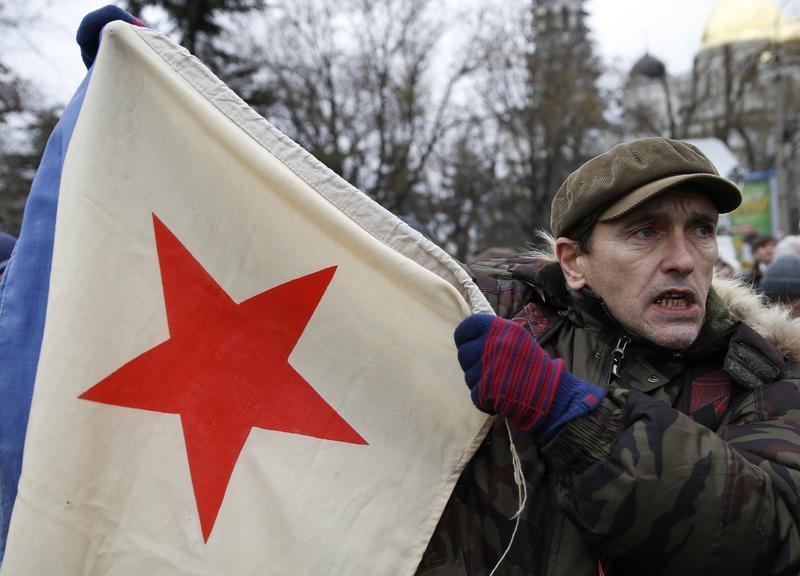 Western powers seem to consider that Crimea is gone, that Russia is there to stay, and that their main option is to increase the “cost” – Barack Obama’s word – that Vladimir Putin must pay for his actions in the Ukrainian territory.

The 10 percent fall in Russian stock markets after the military buildup in the peninsula shows that the economic costs facing Putin might indeed be substantial, even without governments’ intervention. But that is unlikely to impress the Russian president much. What matters more is how Europe and the United States will act to change the fundamentals of their relationship with Moscow.

That explains markets’ knee-jerk reaction to the weekend escalation of the crisis. Investors seem to be bracing for an increased economic and financial isolation of Russia. This is likely to be true in the short term. Capital flight will increase and foreign investment will dwindle. Russia’s long-running problem – legal and financial unpredictability – has only increased with Putin’s surprise moves. The rouble’s devaluation, down 10 percent since the beginning of the year, will make mostly-imported consumer goods more expensive.

But the aim of sanctions is not just to punish Russia for its de facto takeover of Crimea, but to prevent it from driving further into the rest of eastern Ukraine. There, the West does not have many options that could be effective in the short term. It needs to untangle the cosy relationship with Russia it built up in the last quarter-century. That is mostly a European Union problem. Continental Europe needs to shake up its addiction to Russian gas, and the City of London must stop serving as a launderette for the money of corrupt Russian officials and businessmen.

That cannot happen in the short term, if only because Europeans are divided on the matter, some of them still intent on trying to talk reason to Putin. It is crucial to send the signal that the EU is taking the Ukrainian crisis for what it is: not a temporary blip in the recent history of their challenged relationship with Russia, but the clear sign that they are facing an unpredictable Russian leader they can no longer do business with.

A man holds a Soviet era military flag during a pro-Russian rally in Simferopol, Crimea February 28, 2014. Armed men took control of two airports in the Crimea region on Friday in what Ukraine's government described as an invasion and occupation by Russian forces, raising tension between Moscow and the West.

Ukraine said on March 3 that Russia was building up armoured vehicles on its side of a narrow stretch of water near the Ukrainian region of Crimea after President Vladimir Putin said he had the right to invade his neighbour, prompting a selloff in Russian assets.

The Russian central bank raised its key lending rate 1.5 percentage points after the rouble fell 2.5 percent against the dollar on March 3, while the MICEX index of Moscow stocks tumbled 10 percent. Shares in Russian gas monopoly Gazprom, which supplies Europe through Ukraine, were down more than 13 percent.

Putin secured permission from his parliament on March 1 to use military force to protect Russian citizens in Ukraine and told U.S. President Barack Obama he had the right to defend Russian interests and nationals, spurning Western pleas not to intervene.