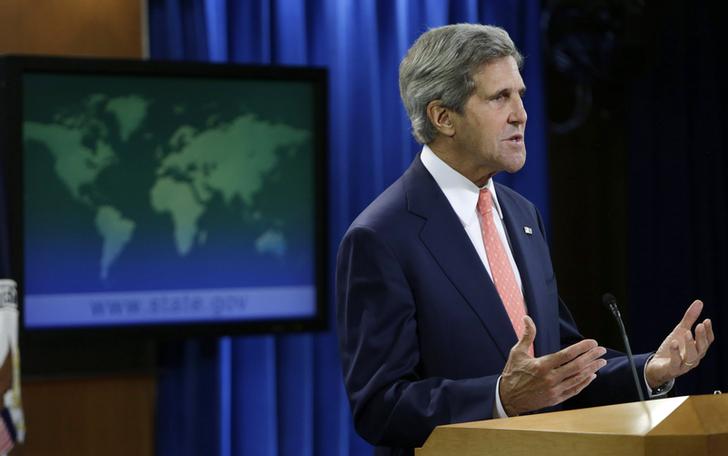 Western powers readying to strike Syria must weigh the price of doing nothing against the likely negative impact from an intervention. The form of the military action will matter, but in this sectarian war, all options are fraught with risks.

The surgical strikes that are being contemplated would probably aim to undermine the regime’s ability to deploy chemical weapons, rather than target the stockpiles themselves due to the obvious risk involved. The question is whether the West can avoid an escalation and a prolonged battle.

A limited approach is unlikely to change the on-the-ground dynamics of a two-year crisis where the death toll has already surpassed 100,000. The possibility it might bring the parties to some form of negotiating table is remote and the prominence of radical Islamist groups amongst the rebels isn’t a good omen for what might follow sitting President Bashar al-Assad.

Intervention is likely to prove costly. Rebels who haven’t been radicalised yet may be disappointed at the limited nature of the action, and could be hurt by possible civilian casualties. Stock markets and currencies around the world have already tumbled amid fears that intervention will exacerbate regional sectarian tensions. Bomb attacks in Lebanon have intensified of late, and Iraq has seen its highest monthly death toll since 2008.

Retaliation by Syria and its powerful foreign backers would be costly. Syria’s conflict is hurting Jordan, where the fragile economy was already dependent on foreign aid before the flood of Syrian refugees. Russia, which supplies 4 percent of Turkey’s oil imports, could try to punish the country for its determined support of intervention. That would add further pressure on the battered lira. Hopes for a thaw in relations with Iran’s new leadership may also wane. Furthermore, the flare-up of Sunni/Shi’ite tensions in the whole region would lead to lasting tensions on the oil market.

True, inaction would also have a price. The Syrian conflict may spill over to neighbouring countries even without outside military intervention, and ultimately lead to the same results. Investors should brace for prolonged instability. Confronted with an unpleasant alternative, the U.S. and its European allies must know that whatever they choose, they will have to face unpleasant consequences.

U.S. Secretary of State John Kerry laid the groundwork for possible military action in Syria in a forceful speech on Aug. 26 reacting to last week’s gas attack outside of Damascus.
Kerry said President Barack Obama “believes there must be accountability for those who would use the world’s most heinous weapons against the world’s most vulnerable people.”
U.S. White House Spokesman Jay Carney later echoed Kerry’s comments, saying: “There is very little doubt in our mind that the Syrian regime is culpable.”
A poll published on Aug. 24 by Reuters/Ipsos showed about 60 percent of Americans opposed U.S. military intervention, while only 9 percent thought Obama should act.
The conflict in Syria has worse security implications for the Middle East than Iraq’s civil war did, according to IISS Senior Fellow Emile Hokayem who is also the author of Syria’s Uprising and the Fracturing of the Levant.
Following Kerry’s speech, Turkey’s stock market closed down 4.7 percent, its biggest fall since August 2012. Saudi Arabia’s main index fell 4.1 percent, its biggest one-day fall since August 2011.
The death toll from conflict in Syria has risen above 100,000, according to the U.N.