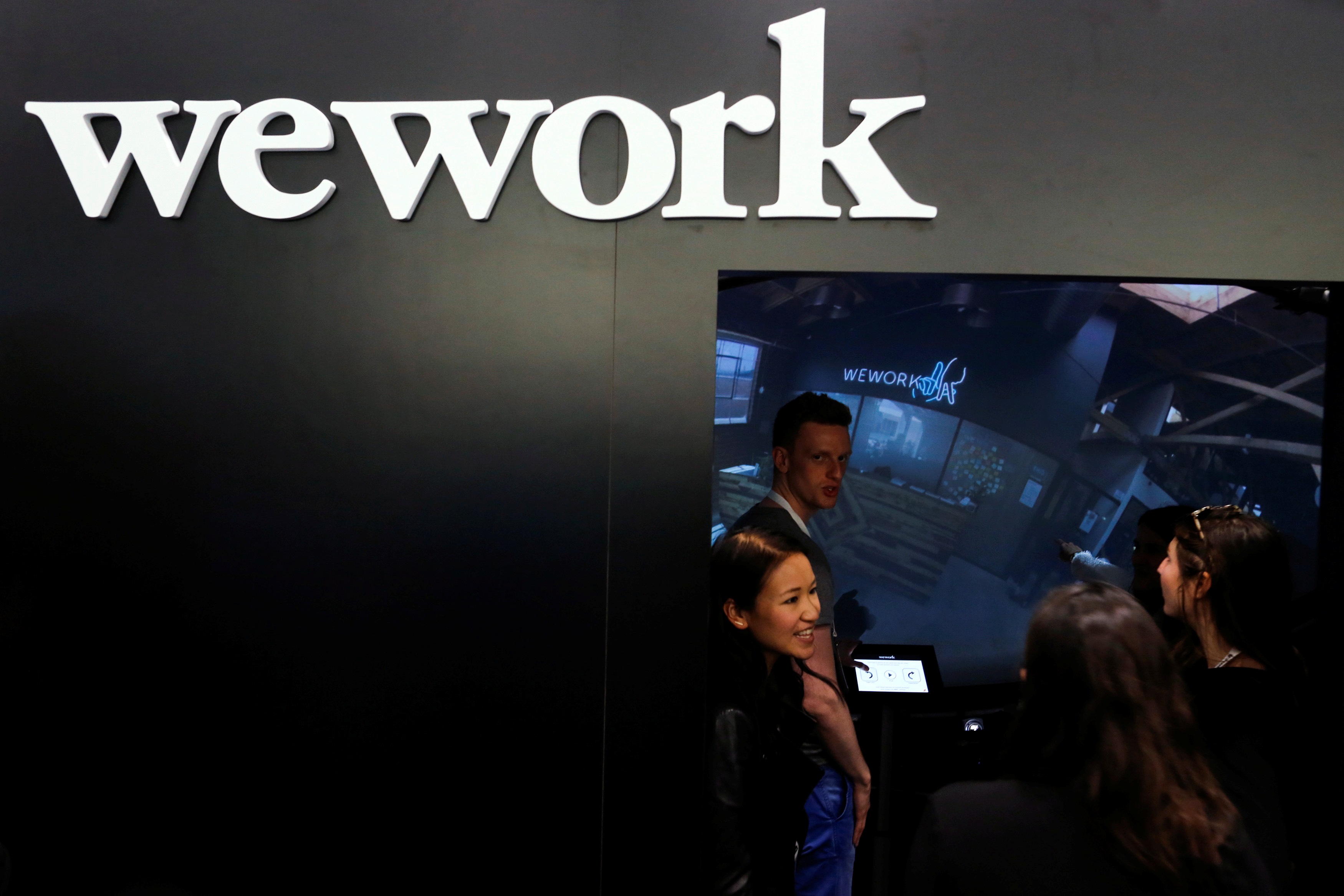 The shared-office provider’s latest purchase is Meetup. The social network’s get-togethers might fill WeWork’s space at slow times. But like investing in a wave-pool firm, starting a school and opening a gym, the consistent theme is desperation to not be a real-estate firm.

People visit the booth of WeWork as they attend the TechCrunch Disrupt event in Manhattan, in New York City, NY, U.S. May 15, 2017.

WeWork has agreed to buy Meetup, an online social-networking service that allows people to organize and join groups for varied interests. Terms were not disclosed.

In October, the provider of shared office space agreed to buy the Lord & Taylor building in New York for $850 million.

In August, WeWork announced a $4.4 billion investment from SoftBank and SoftBank Vision Fund. SoftBank and the fund bought $3 billion worth of new and existing shares, and invested an additional $1.4 billion in three new companies controlled and managed by WeWork management teams in China, Japan, and South Korea and Southeast Asia. Parts of this investment were previously disclosed or reported earlier this year.