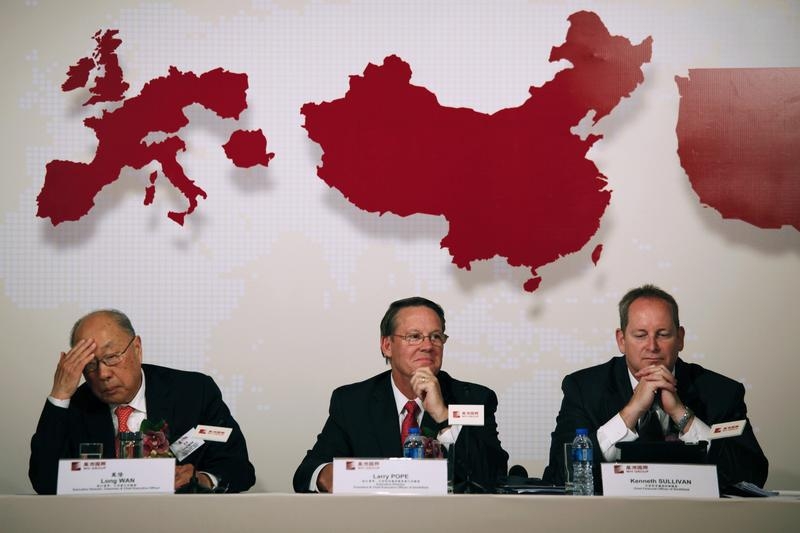 WH Group’s flop shows the pitfalls of overcrowded initial public offerings. The Chinese pork producer hired a record 29 banks but still failed to sell its $1.3 billion listing to investors. That undermines the standard wisdom that more advisers mean less risk for issuers. For banks, it’s a reminder that they can share embarrassment as well as sought-after league table credit.

The practice of hiring lots of advisers for an IPO has often been seen as a risk-free option for both companies and banks. Issuers in Asia have tended to use mandates to thank relationship banks. Companies also expect that having more banks on their side will help to boost demand from investors. Advisers, meanwhile, get a smaller slice of the fee pool. But getting their name on a big-ticket deal boosts their league table standings, which can help to justify their headcount.

Hiring more banks doesn’t guarantee good performance, though. Some of Hong Kong’s worst recent large IPOs had the most advisers. China’s Huishan Dairy, which hired 20 banks for its $1.3 billion offering last year, has lagged the benchmark Hang Seng index by 30 percent since. Galaxy Securities had 21 banks helping to flog its $1.1 billion listing, yet has trailed the market by 9 percent. By the same token, large syndicates aren’t necessarily an obstacle to success. Cinda Asset Management, which had 18 advisers, has been one of the best performers – its $2.5 billion offering has beaten the index by 14 percent so far.

The danger of having too many banks involved is that advisers will be reluctant to offer contrarian views for fear of being edged out or even fired. In WH Group’s case, only four of the 29 appointed banks played an active role. Yet the offering failed because it was overpriced. Banks either failed to speak out, or WH Group’s private equity backers failed to listen.

Companies and banks may not change the way they work based on one flop. Yet WH Group’s pulled IPO is a reminder that when banks pile into an offering, they all share in the financial and reputational damage if it goes wrong.

The company blamed “deteriorating market conditions and recent excessive market volatility” for its decision to pull the offer in a statement to the Hong Kong stock exchange.

WH Group had already significantly cut the size of its offering. Under revised terms outlined on April 23, it planned to raise at least $1.3 billion, down from an original target of at least $3 billion.