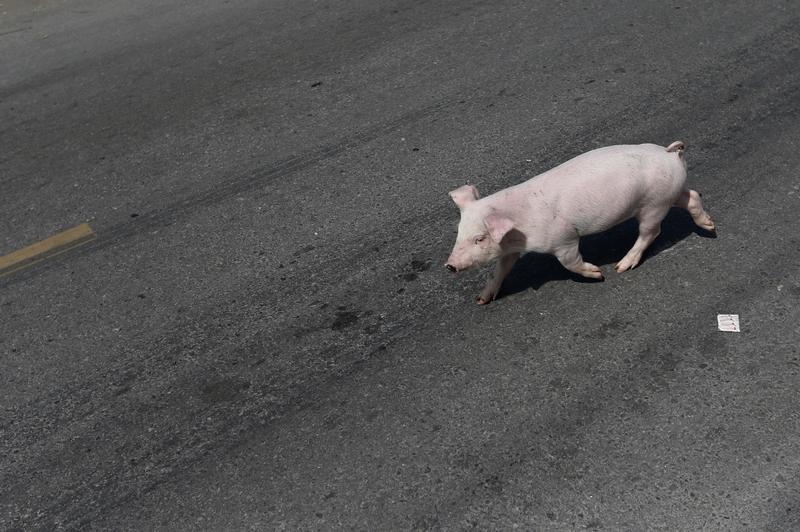 WH Group’s chopped initial public offering still looks unappetising. The Chinese pork producer is slashing the size of its Hong Kong fundraising to as little as $1.3 billion, down from a previous target of at least $3 billion. But WH Group’s reluctance to accept a lower price means the IPO remains a tough sell.

The company formerly known as Shuanghui is sticking with its original plan to offer new shares at the indicated range of HK$8 and HK11.75 each. Even at the low end, that values its U.S. business Smithfield at 21 percent more than the $7.1 billion the Chinese group paid barely eight months ago, according to an analysis by Reuters Breakingviews.

That full-fat price is on top of the 31 percent premium that WH Group paid to take control of the U.S. business. The enlarged group claims it can add value to Smithfield by selling more low-cost U.S. pork to Chinese consumers. Yet large institutional investors appear unwilling to pay for value that they can’t yet see.

A better plan would be for WH Group to press ahead with the original offering but at a lower share price. That would allow the group to raise more cash to pay down some of the hefty $7.1 billion of net debt left over from the Smithfield deal.

Yet adjusting the price range is highly unusual for companies listing in Hong Kong, and would have delayed the IPO. Another option would be to postpone the offering until synergies from the Smithfield deal materialise, though that would leave WH Group saddled with more debt for longer.

A scaled-back offering at the original price range doesn’t address concerns about WH Group’s valuation, and does little to reduce its leverage. It also creates a potential stock overhang: Chinese private equity firms CDH Investments and New Horizon, which together own 40.5 percent of the company, will no longer sell any shares in the IPO. That is bound to will weigh on WH Group’s shares after the listing. The decision to stick to its valuation could leave WH Group in the pigsty.

A pig breaks out of a swinery before being sold on a street in Zhulin county of Jiaxing, Zhejiang province March 15, 2013.

WH Group on April 23 significantly cut the size of its initial public offering.

The Chinese pork producer is now seeking to raise between $1.3 billion and $1.9 billion from the sale of new shares down from its original target of $3 billion and $4.2 billion, according to a term sheet seen by Reuters Breakingviews.

WH Group will now sell 1.3 billion new shares compared to an earlier target of 2.9 billion. However, the company is sticking with its original plan to offer shares at the indicated range of HK$8 and HK11.25 per share.

The revised offer could increase by a further 15 percent under a typical provision that allows the sellers to expand the offering. The IPO will now price on April 29, and the shares will list on May 8.

The company’s existing backers will no longer sell any shares in the offering and those holding more than 1 percent of the enlarged share capital will be subject to a lock-up period of between 6 months and one year.

WH Group acquired U.S. pork producer Smithfield last year for $7.1 billion, including $2.4 billion of net debt. The price paid was equivalent to a 31 percent premium to the undisturbed market value of the company.