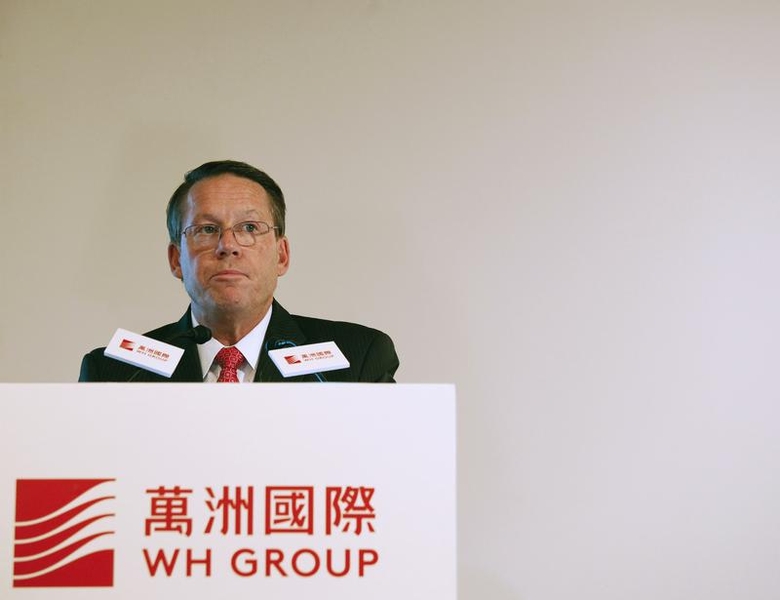 WH Group’s quick pork flip will serve up a meaty return. The Chinese pig producer hasn’t had much time to justify the 31 percent premium it paid for rival Smithfield less than seven months ago. Yet the planned relisting of the enlarged group in Hong Kong implies the value of the U.S. business has risen at least 21 percent.

The private equity-backed pork giant now consists of three parts. Its primary business in the People’s Republic is a listed subsidiary called Henan Shuanghui Investment & Development. WH Group has a 73 percent stake in the business which is worth $10.4 billion, excluding its share of net cash. It also has an unlisted logistics unit that might be worth $134 million if valued at 9 times 2013 earnings, similar to listed peers. Then there’s Smithfield, which WH Group bought for $7.1 billion including debt. Add them together, and the total is worth $17.6 billion.

The initial public offering implies a higher valuation, however. WH Group will sell shares at between HK$8 and HK$11.25. At the bottom of that unusually wide range, the company will have a market value of $15.1 billion and WH Group will raise about $3 billion in new money, reducing its net debt to $4 billion. That would suggest an enterprise value of $19.1 billion.

Subtract the two mainland businesses, and the implication is that Smithfield is now worth $8.6 billion – 21 percent more than WH Group paid last year. The returns could get even juicier: at the high end of WH Group’s indicative price range, the business would have an enterprise value of $24 billion, implying a value for Smithfield of $13.5 billion – almost double last year’s original investment.

Though the top price seems far too ambitious, WH Group’s backers stand to earn a fat profit either way. That suggests investors see the merit in its plan to boost exports of low-cost U.S. pork to China. It also points to continued exuberance for Chinese consumer stocks at a time when investors are worrying about a slowdown on the mainland. If the IPO goes smoothly, the flip will encourage other Chinese companies to also go the whole hog.

WH Group, the world’s largest pork processor, will sell new and existing shares in an upcoming initial public offering in Hong Kong which could raise as much as $7.1 billion.

The Chinese company will sell at least 3.65 billion shares, according to a term sheet seen by Reuters Breakingviews. Of these, 80 percent will be new shares, while 20 percent will be offered by existing shareholders.

The terms of the IPO include a typical provision that allows the sellers to expand the offering to 4.2 billion shares. It also includes an “upsize offering” which would expand the number of shares sold to 4.93 billion. In both cases, the additional shares would be sold by existing investors.

The shares will be priced at between HK$8 and HK$11.25 per share. That values the equity of the company at between $15.1 billion and $21.2 billion, according to a Breakingviews calculation.

Last year, WH Group acquired U.S. pork producer Smithfield for $7.1 billion, including $2.4 billion of net debt. The price paid was equivalent to a 31 percent premium to the market value of the company prior to the deal’s announcement.

WH Group had bank balances and cash of $419 million and total borrowings of $7.48 billion as of February 28.