Keep your own council 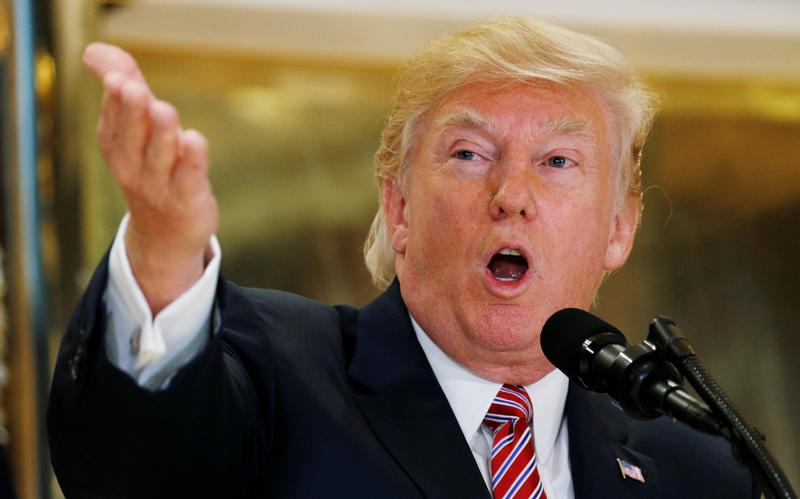 The U.S. president reckons he can easily replace the bosses of Merck and Intel as advisers. Backlashes, though, put the likes of Pepsi and Campbell in awkward positions. His credibility-boosting executive brain-trusts are more likely to keep shrinking or disband than be rebuilt.

U.S. President Donald Trump speaks about the violence, injuries and deaths at the "Unite the Right" rally in Charlottesville as he talks to the media in the lobby of Trump Tower in Manhattan, New York, U.S., August 15, 2017. REUTERS/Kevin Lamarque - RTS1BXK5

AFL-CIO President Richard Trumka on Aug. 15 became the latest defector from U.S. President Donald Trump’s manufacturing council, saying on Twitter that the union group could not “sit on a council for a president who tolerates bigotry and domestic terrorism.”

Trump insisted earlier the same day that both left- and right-wing extremists became violent during a weekend rally by white nationalists in Virginia, reigniting a political firestorm over U.S. race relations and his own leadership of a national crisis.

The president drew sharp criticism from Republicans and Democrats for his initial response, and reverted on Tuesday to his position that both sides were at fault for the violence, a day after bowing to pressure to explicitly condemn the Ku Klux Klan, neo-Nazi and white supremacist groups.

Merck Chief Executive Kenneth Frazier, Under Armour CEO Kevin Plank and Intel CEO Brian Krzanich abandoned the White House manufacturing council on Aug. 14. Frazier said he was he was stepping down “as a matter of personal conscience” and “to take a stand against intolerance and extremism.”

- On Twitter, Trump responded by saying: “For every CEO that drops out of the Manufacturing Council, I have many to take their place. Grandstanders should not have gone on. JOBS!”