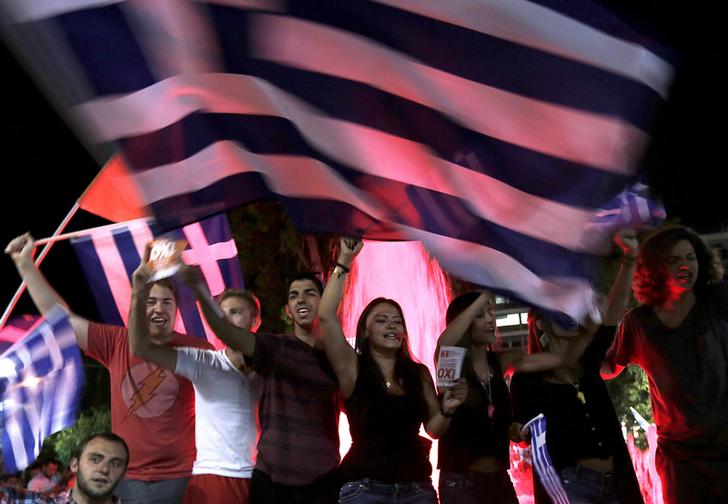 Did “No” mean “No” in Greece’s referendum? Perhaps. But individual Greeks may each have had their own idea what they were rejecting. That’s because the question in Sunday’s plebiscite was as unclear as the consequences of each answer.

The Syriza government of Alexis Tsipras called the popular vote in a hurry because it didn’t like the conditions attached to a debt forbearance deal from Europe and the International Monetary Fund, notably further austerity. In the BBC’s translation, Greeks were asked, “Should the plan of agreement be accepted, which was submitted by [EU and IMF creditors]… and comprises of two parts, which constitute their unified proposal?”

The question went on to refer to the two detailed underlying documents, without further explanation, and then unusually put the government’s preferred “No” as the first option voters saw. Syriza and the “No” camp won some 61 percent of the votes.

Technically it seems the deal at the centre of the vote was no longer on offer anyway. Besides, questions can shape answers, as classically illustrated in the 1982 study published in the New England Journal of Medicine. It suggested that people deciding whether to have surgery are more likely to choose the knife if they are presented with a 90 percent probability of survival than with a 10 percent chance of dying.

The UK’s Electoral Commission took 12 weeks to assess the question for the referendum on Scottish independence last year, which ended up simply saying: “Should Scotland be an independent country?” The objective, as with the promised vote on the UK’s membership of the EU, is to be clear, simple and neutral.

In the case of Greece, “Yes” might not have secured the deal anyway, and “No” could involve scenarios even worse than what’s happening now. Maybe those who supported Syriza were fully aware of this – or just sufficiently fed up with the EU to want Greece to find its own path, however painful. Yet such a poorly defined question may well become the subject of damaging political recriminations. At the very least, it’s an example for other governments to avoid.

"No" supporters wave Greek flags by the parliament in Athens, Greece July 5, 2015.

Greeks overwhelmingly rejected the conditions of a rescue package from creditors in a referendum on July 5, throwing the future of the country’s euro zone membership into further doubt and deepening a standoff with lenders.

Official figures showed that 61 percent of Greeks had rejected a deal from European and International Monetary Fund creditors that would have imposed more austerity measures on an already ravaged economy.

“You made a very brave choice,” Prime Minister Alexis Tsipras said in a televised address. “The mandate you gave me is not the mandate of a rupture with Europe, but a mandate to strengthen our negotiating position to seek a viable solution.”