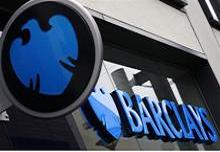 What if Barclays hadn’t lowered Libor submissions? The bank certainly reduced its vulnerability by submitting lower rates in the midst of the crisis. But what would honesty have cost? Would Barclays have secured funds from Middle East investors, avoided nationalisation and protected its bosses’ bonuses? No one knows, but the timeline is suggestive.

After Lehman Brothers went bust in September 2008, most smart market participants realised that the published Libor rate was not giving an accurate picture of borrowing costs. The UK government also knew this and was keeping a tab on the health of Britain’s banks by looking at other measures. So it’s possible that Barclays’ decision to cut its Libor submissions at three key moments in the autumn of 2008 had no effect on the course of history.

However, it is clear that Barclays was worried about being seen to be an outlier – as a result of submitting rates at which it thought it could borrow that were higher than the competition’s. The government also appears to have asked questions about this, indicating that it might have been concerned. What’s more, there were good reasons for anxiety. The whole financial world was blowing up while Barclays itself was gobbling up part of the Lehman Brothers carcass.

Barclays originally tried to buy the whole of Lehman before it went bust – a manoeuvre wisely blocked by the UK Financial Services Authority. But the UK bank did acquire Lehman’s U.S. operations after bankruptcy for a song, announcing the deal on Sept. 17.

The next day one of the Barclays staff responsible for submitting Libor rates told his manager that he planned to put in a one-month U.S. dollar submission of 4.75 percent – according to the FSA report into the rate-rigging scandal. After that conversation, he cut it to 4.5 percent. This was still 50 basis points above the next highest submission. Would Barclays have been able to proceed with the Lehman deal if it had been even further outside the pack?

A few weeks later, several big banks, including RBS and Lloyds, were shut out of the wholesale money markets and draining liquidity at an alarming rate. The UK government decided it needed to stuff them with capital, partly nationalising them. The final decision was taken on the weekend of Oct. 11-12. Barclays was desperate to avoid nationalisation. The bank was concerned about the danger of government meddling, but the bosses may also have been worried that politicians would curb their fat bonuses. Eventually Barclays persuaded the government to let it raise capital itself privately.

Three days before this fateful weekend, on Oct. 8, one of the Barclays “submitters” said in a phone conversation that a manager had asked him to put in a lower rate than the previous day “to send the message that we’re not in the shit”. Barclays then submitted a rate that was still the highest but equal with that of another bank. If it had put in a still higher rate, would that have had any effect on the government’s willingness to avoid nationalisation?

Barclays then found investors, mostly from Qatar and Abu Dhabi which were prepared to inject 7.3 billion pounds in capital. The proposed deal was announced on Oct. 31. This was two days after the now notorious phone conversation between Bob Diamond, then Barclays’ president, and Paul Tucker, then executive director for markets at the Bank of England.

Exactly what happened in that phone conversation is not clear. But after it, Jerry del Missier, then Barclays Capital’s president, passed down an instruction to lower the bank’s Libor submission. Would the Middle Eastern investors have been so willing to invest in Barclays if the bank’s Libor rates had been even more out of whack? And, if so, would the UK government have had to step into the breach?

It may not be possible to get clear answers to these questions. But somebody – whether MPs, regulators or a judicial inquiry – should definitely ask them.

A logo of Barclays bank is seen outside a branch in Altrincham, northern England April 26, 2012. REUTERS/Phil Noble