Memo from Murray: How to win 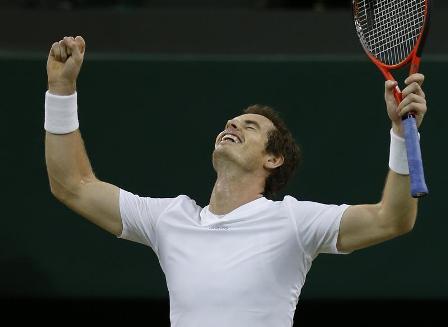 The Wimbledon tennis championships used to reflect the UK’s position in financial services. The British accepted that they would never be the best tennis players, and instead drew satisfaction in hosting an event that attracted top talent from abroad. It was the same in finance. After the “Big Bang” deregulation in 1986, London became a place where foreign banks thrived. Now victory by Scottish-born Andy Murray in Wimbledon’s men’s singles final on Sunday has robbed the UK financial sector of this comforting analogy.

Tennis may be perceived to be a sport for the privileged but, in business terms, it is clearly competitive and the top prizes are contestable. Murray was raised in Dunblane, a small Scottish town with an otherwise tragic history – a shooting atrocity that took place during his childhood. Murray’s sporting success reflects persistence, refinements to his game, and getting the right coach. This year, he discovered a new level – and perhaps had some luck.

Meanwhile, the UK finance industry feels like it is stuck in the pre-Murray wilderness years of British tennis, when the home-grown hope would be knocked out in the first round, year after year. Ok, HSBC is doing fine. And Rothschild is there too. But there’s no mega name to conjure with in investment banking – no financial Andy Murray. Many big British firms have fallen to the financial equivalents of Pete Sampras, Roger Federer and Steffi Graf. Cazenove is now part of JPMorgan; the Warburg franchise was gobbled up by what is today UBS; Morgan Grenfell was swallowed by Deutsche Bank.

This foreign takeover of the Square Mile is attributed variously to a superior work ethic, professionalism and strategic savvy. If tennis is any guide, it can take a long time to recover lost dominance – the last Briton to win the men’s singles at Wimbledon was Fred Perry in 1936.

What can British banking learn from Murray? He had seemed distant and aloof. But recently he changed his manner. He cried publicly after losing Wimbledon in 2012. This year, he humbly acknowledged he might never win the championship. After all that, people got behind him and wanted him to win. And he did.

Scottish-born Andy Murray beat Novak Djokovic of Serbia in three sets to win the men’s singles final in the Wimbledon tennis championships, the first Briton to do so since Fred Perry in 1936.
“I understand how much everyone wanted to see a British winner at Wimbledon and I hope everyone enjoyed it,” Murray said.

Scottish-born Andy Murray beat Novak Djokovic of Serbia in three sets to win the men’s singles final in the Wimbledon tennis championships, the first Briton to do so since Fred Perry in 1936.
“I understand how much everyone wanted to see a British winner at Wimbledon and I hope everyone enjoyed it,” Murray said.