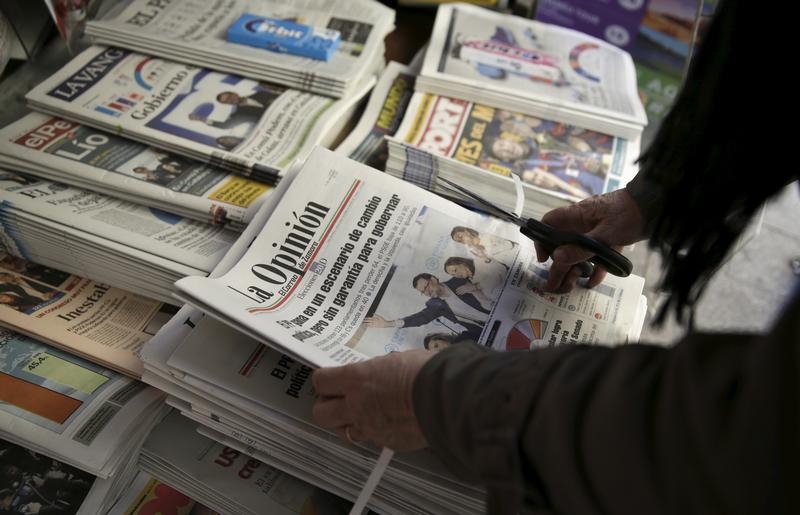 This year’s best-read Breakingviews spanned deals, drugs and debacles. A view on the misfortunes of Malaysia’s 1MDB was our most-read piece this year, followed by a dose of Big Pharma M&A. The futures of Britain, Greece and Singapore were all hot topics, as was Costco’s divorce from American Express and the sale of the Financial Times to Japan’s Nikkei.

The most-read views were:

The most-read features were:

The Devil’s Dictionary of Post-Crisis Finance

Singapore at 50 ought to loosen up

Our most-clicked column was by Breakingviews founder Hugo Dixon, on the Greek prime minister: Time for Alexis Tsipras to keep his nerve.

A caveat: our data does not include numbers from Eikon, Reuters.com, or other Thomson Reuters platforms, nor does it take into account readership via syndication.

A woman prepares newspapers for sale at a kiosk in central Madrid, Spain, December 21, 2015. REUTERS/Andrea Comas