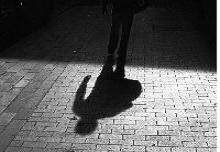 Denials can be as instructive as truths – and if not, they can be at least more entertaining. On Thursday a fellow fingered as the father of bitcoin rejected a report he founded the crypto-currency. In the shadowy world of virtual money, such confusion may not be so surprising – nor matter. Not so with the bizarre defiance of $2 trillion “Bond King” Bill Gross.

Take the bitcoin brouhaha. Newsweek magazine revealed Dorian Satoshi Nakamoto as the unlikely disrupter of the currency world. He is described as owning some $400 million of virtual coin, yet lives modestly outside Los Angeles and collects model trains.

In the piece, the California man never quite admits to being THE Satoshi Nakamoto identified in bitcoin circles as the author of the currency’s 2008 founding manifesto, “Bitcoin: A Peer-to-Peer Electronic Cash System.” Now the 64-year old man categorically denies any involvement. The character known only virtually as Satoshi Nakamoto also said Newsweek had the wrong Satoshi.

Such fuzziness has been the currency’s unique selling point. But the matter of who came up with the concept is irrelevant to its viability as a legitimate currency. The whole “he didn’t say/she didn’t say” here is little more than sidebar entertainment. Similarly, the failure of the Goldman Sachs elevator annotator – whose book deal was killed yesterday over a case of mistaken identity – is mere circus.

Not so the curious case of Bill Gross. The Pimco boss runs trillions of dollars of client money for Allianz, deemed one of the globe’s few systemically important insurers by the Financial Stability Board. His every utterance about fixed-income markets is deemed E.F. Hutton-worthy.

So it matters that he denies telling Reuters he had “evidence” that former Chief Executive Mohamed El-Erian “wrote” an unflattering piece about him in the Wall Street Journal, and had been monitoring El-Erian’s calls. Everyone can regret words uttered intemperately. That’s no excuse for denying them, though.

Worse, it makes it look as if Pimco’s internal politics may have rattled Gross enough to upset a normally stable demeanor. That’s unbecoming of a king of the bond market.

Bill Gross, the co-founder and co-chief investment officer of Pacific Investment Management Co, has accused departing Chief Executive Mohamed El-Erian of seeking to “undermine” him by talking to The Wall Street Journal about deepening tensions between the two executives who have been jointly running the world’s largest bond house.

Gross told Reuters in an article published on March 6 that he had “evidence” that El-Erian “wrote” a February 24 article in the Journal, which described the worsening relationship between the two men as Pimco’s performance deteriorated last year, including a showdown in which they squared off against each other in front of more than a dozen colleagues at the firm’s Newport Beach, California headquarters.

Gross, who oversaw more than $1.91 trillion in assets as of the end of last year, said in a phone call to Reuters on Feb. 28: “I’m so sick of Mohamed trying to undermine me.” When asked if Reuters could see the evidence about El-Erian and the allegation he was involved in the article, Gross said: “You’re on his side. Great, he’s got you, too, wrapped around his charming right finger.”

He said he knew that El-Erian, who had been widely seen as the heir apparent to Gross but is now due to leave in mid-March, had been in contact with Reuters as well as the Wall Street Journal.

Gross indicated he had been monitoring El-Erian’s phone calls.

A Pimco spokesman said in an emailed statement: “Mr. Gross did not make the statements Reuters attributes to him. He categorically denies saying this firm ever listened in on Mr. El-Erian’s phone calls or that Mr. El-Erian ‘wrote’ any previous media article.” Reuters is standing by the article.