SALT in the wounds 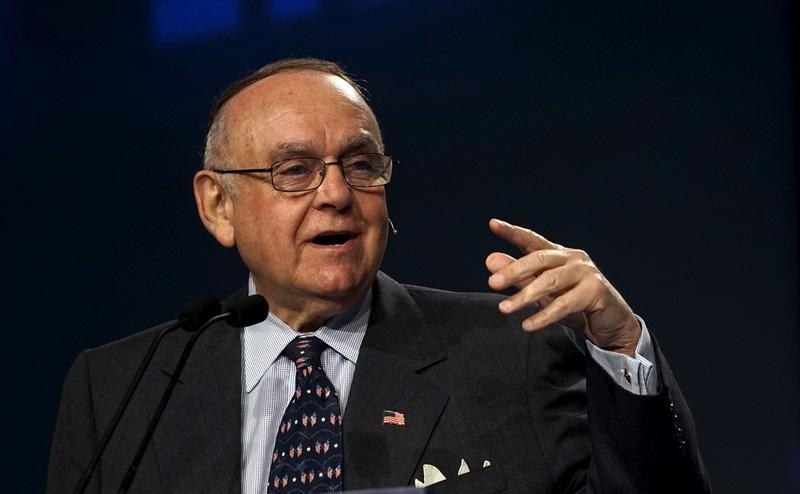 An essence of Japanese flowers emanates from the vents at the Bellagio in a bid to relax guests and keep them gambling. This week, however, there’s an overpowering whiff of fear from some 2,000 hedge-fund managers and their backers and advisers gathered in the Las Vegas hotel for the annual industry shindig known as SALT.

Just two years ago, an air of robust confidence permeated the affair, organized by SkyBridge Capital. Then, the alpha-seekers were riding an upswing in performance and inflows of funds. Now, they are coming off a year in which wild market swings made it especially difficult to make money. The average hedge fund, regardless of strategy, lost about 1.1 percent in 2015 and is up only about 0.3 percent through April 2016, according to Hedge Fund Research.

One deep-pocketed investor at SALT gave voice to the many inclined to withdraw money or push for lower fees. Roslyn Zhang, a managing director at China Investment Corp, criticized the herd mentality she perceives in hedge funds, along with hasty and ignorant trades against her country. “Should we pay 2-and-20 for treatment like this?” she asked, referring to the archetypal 2 percent management fee and 20 percent of investment gains collected by fund managers.

It’s no wonder, perhaps, that SALT speakers and attendees sounded unsure of markets. Host SkyBridge attributed an 11 percent increase in conference registrations this year to investors in search of guidance. Former U.S. Treasury Secretary Larry Summers offered little solace by predicting a one in three chance of a U.S. recession by the end of 2017, while likening the economic risk from Washington’s current politics to an emerging market.

Billionaire investor Sam Zell, who accurately spotted the peak of the last commercial real-estate boom, blamed the sluggish U.S. economy on politicians, bemoaning regulation-related costs he says have increased five times over the last eight years in his business. “There’s no consistency or predictability in today’s government,” Zell said. “We’re growing so slowly because there’s no confidence.”

Other investors floated different concerns. Hayman Capital founder Kyle Bass said conditions now feel like they did in early 2007, just before the financial crisis struck. Manny Friedman, who runs EJF Capital, lamented the unprecedented way that currencies, commodities and other assets are moving in tandem. Chuck Yates, an energy-focused partner at Kayne Anderson, forecast a 50 percent rise in the price of safe-haven gold by the end of the year.

Taking a more optimistic perspective Leon Cooperman, veteran founder of Omega Advisors, recalled a magazine article published in 1970. At the time, there were an estimated 150 hedge funds managing about $1 billion, and Fortune wondered whether the industry would survive “hard times” after a bruising bear market and scrutiny from the Securities and Exchange Commission. Cooperman suggested that today’s refrain of woe may be similarly overdone for an industry now more than 8,000 strong and managing some $2.9 trillion.

Following Wednesday’s program, which included inspirational talks from basketball legend Kobe Bryant and Hollywood superstar Will Smith, the SALT crowd was entertained by the Wailers, the late Bob Marley’s reggae band. Their relaxed vibe picked up on Cooperman’s. “Don’t worry about a thing, ’cause every little thing gonna be alright,” they sang. Most in the subdued crowd, however, were too deep in their cocktails and conversations to heed the reassuring lyric.