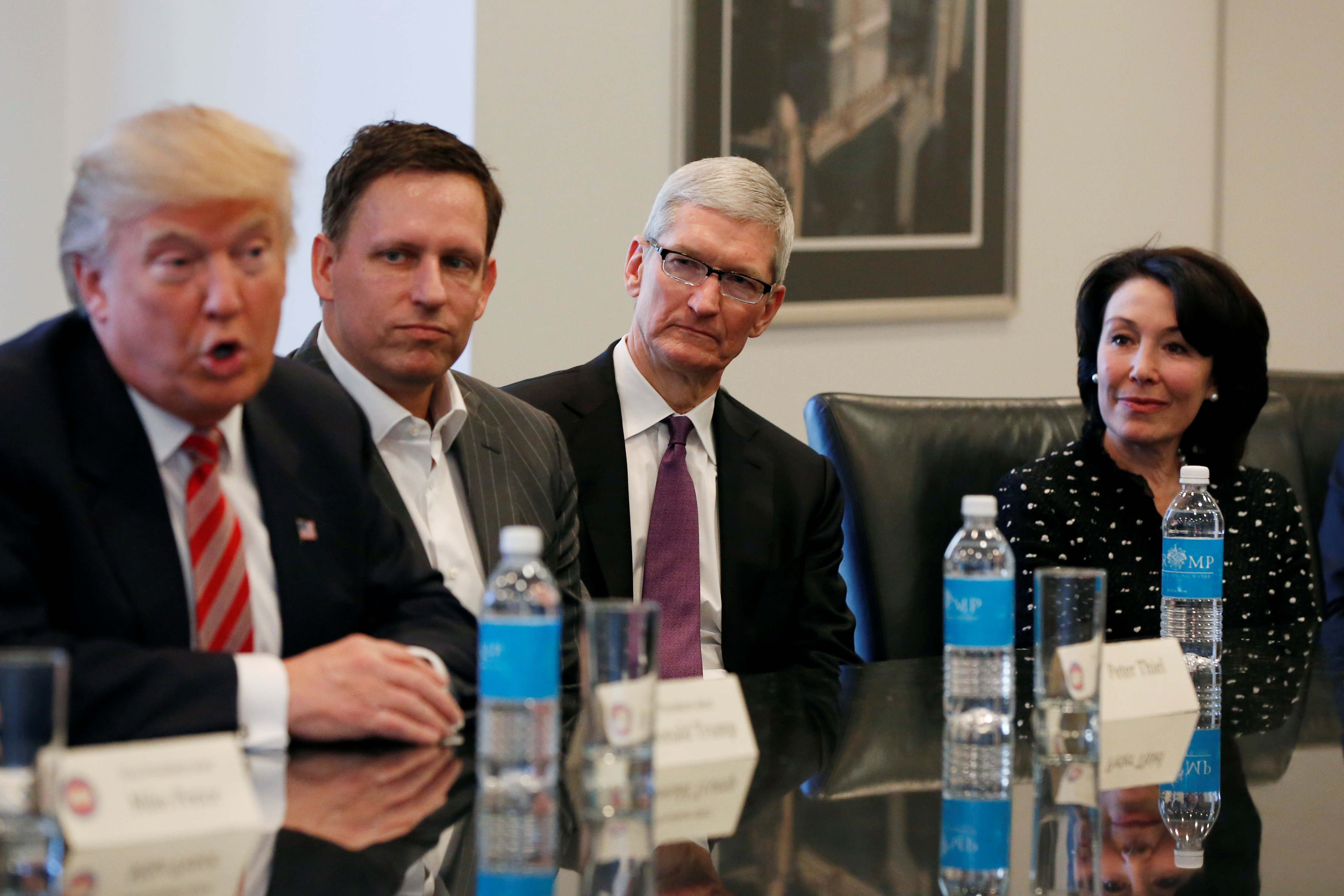 Trump’s arrival has rearranged how tech firms stack up in Washington. Some have criticized the U.S. president’s policies while others see opportunities to sway the new regime. The shift has legal battles between Oracle and Google, and Apple and Qualcomm spilling over into D.C.

Oracle asked a U.S. appeals court on Feb. 10 to overturn a 2016 ruling that favored Google’s use of Oracle’s Java software, which Oracle suggests is a copyright violation that doesn’t fall under fair use. U.S. President Donald Trump has met with Oracle CEO Safra Catz twice, including one private meeting, and put her on his transition team. Larry Page and Eric Schmidt, of Google parent Alphabet, met with Trump once as part of a gathering of technology leaders in December, which also included Catz.

In a separate lawsuit, Apple sued Qualcomm in a UK court as part of several cases it has brought over patents and related payments, according to a filing on March 2. Apple initially sued Qualcomm on Jan. 20 in a U.S. court, alleging the firm withheld $1 billion of rebates and payments it owed.

Apple CEO Tim Cook also attended the December meeting with Trump but has since criticized him for a temporary travel ban on citizens from seven Muslim-majority countries and for rescinding protections for transgender students in public schools. A revised travel ban was issued on March 6.