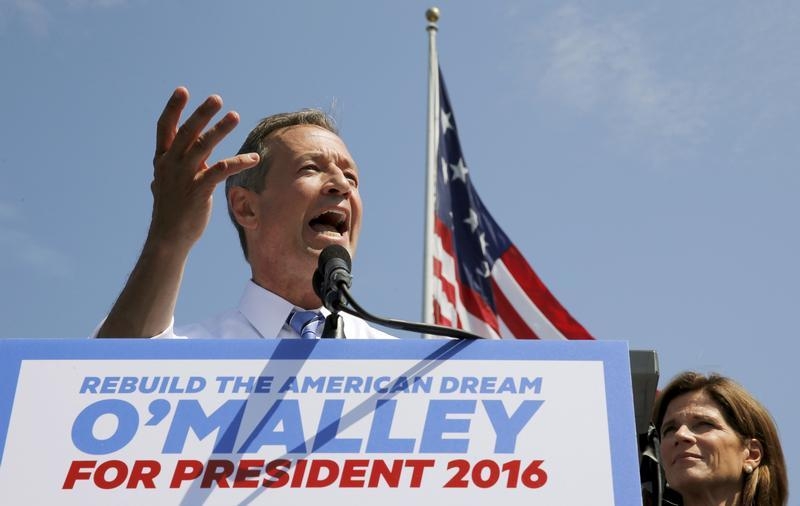 Who mistakenly cited a joke website in his case against Wall Street? Martin O’Malley, the champion of breakups, trading taxes and other questionable ideas. His pitch may push other candidates to adopt more left-leaning views but risks being laughed off as mere rabble rousing.

The plan calls for making regulators more independent and would require them to be appointed by the president and to wait three years before working for companies they regulated. It would also double the budgets of the Securities and Exchange Commission and the Commodity Futures Trading Commission.

O’Malley also proposes to ban accused wrongdoers from settling cases without admitting fault and to sharply limit the SEC’s ability to waive the consequences of misdeeds. He would reinstate the provisions of the Glass-Steagall Act that required the separation of investment and commercial banking. And he would break up big banks, raise their capital reserves to 15 percent of assets and create a financial transactions tax to curb high-frequency trading.