Angle of a tax 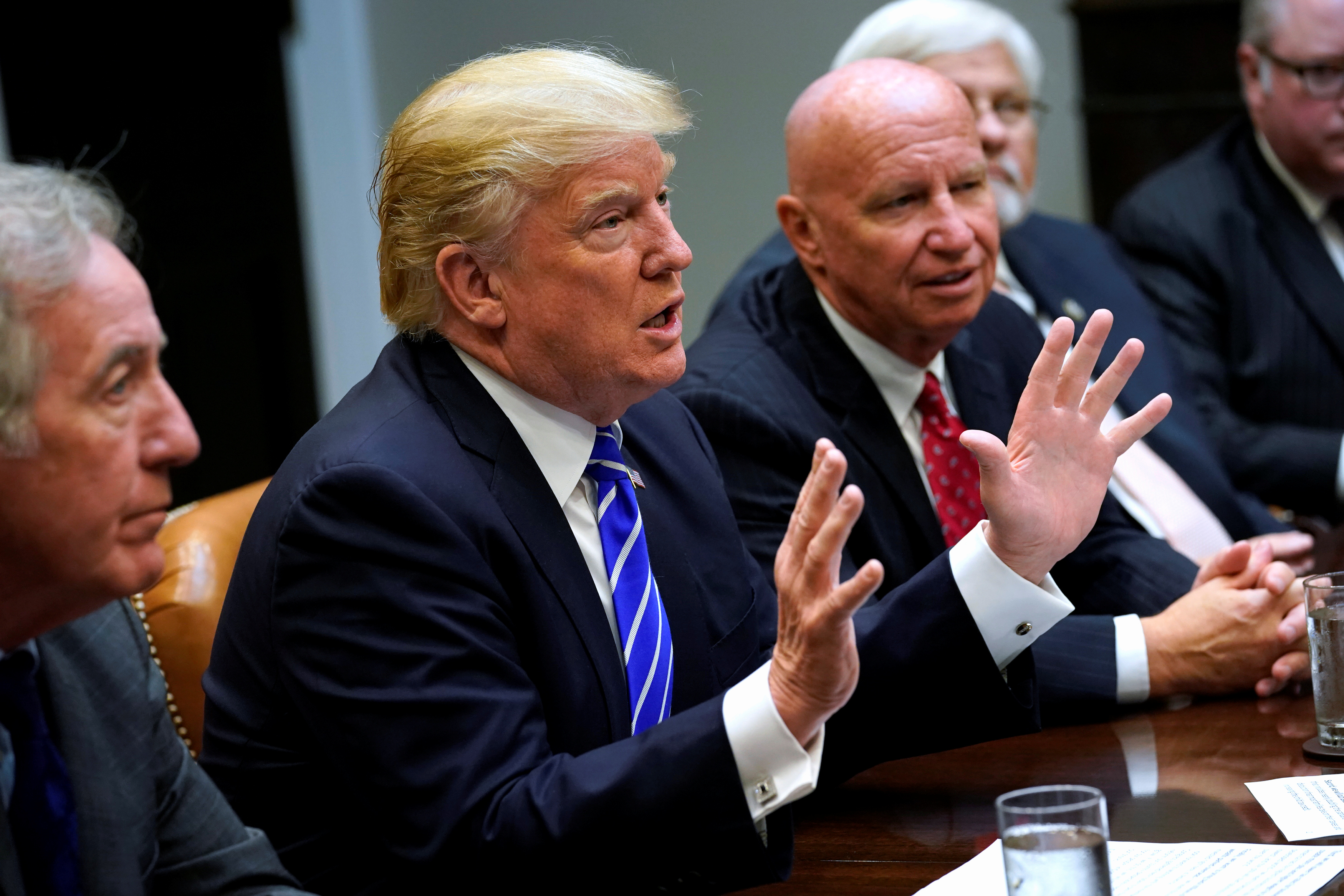 Presidential adviser Gary Cohn says its costly plan will pay for itself because of the expansion it’ll spark. Skepticism is warranted. GDP growth topped 4 pct for a bit following Reagan and Clinton reforms, but the correlation isn’t as strong as the GOP would like to believe.

A Republican tax-cut proposal will be entirely paid for with the economic growth it spurs, said Gary Cohn, director of the U.S. National Economic Council, on CNBC on Sept. 28.

Cohn said the rate reductions would not add to the deficit and estimated that annual economic growth would be “substantially over 3 percent” because of tax reform and deregulation.

The Republican leadership on Sept. 27 proposed reducing the seven tax brackets for individual income to three, with the new rates pegged at 12 percent, 25 percent and 35 percent. The lowest existing rate is 10 percent while the highest is 39.6 percent.

For companies, the rate would be cut from 35 percent to 20 percent. Businesses that are set up as so-called pass-through entities, which include partnerships and limited liability companies, would see their rates cut to 25 percent.

Separately, U.S. Senator Bob Corker, a member of the chamber's budget committee, said on Sept. 27 that the projected effects of the tax plan on the nation’s budget needed to be realistic and that he would not support cuts that added to the deficit.