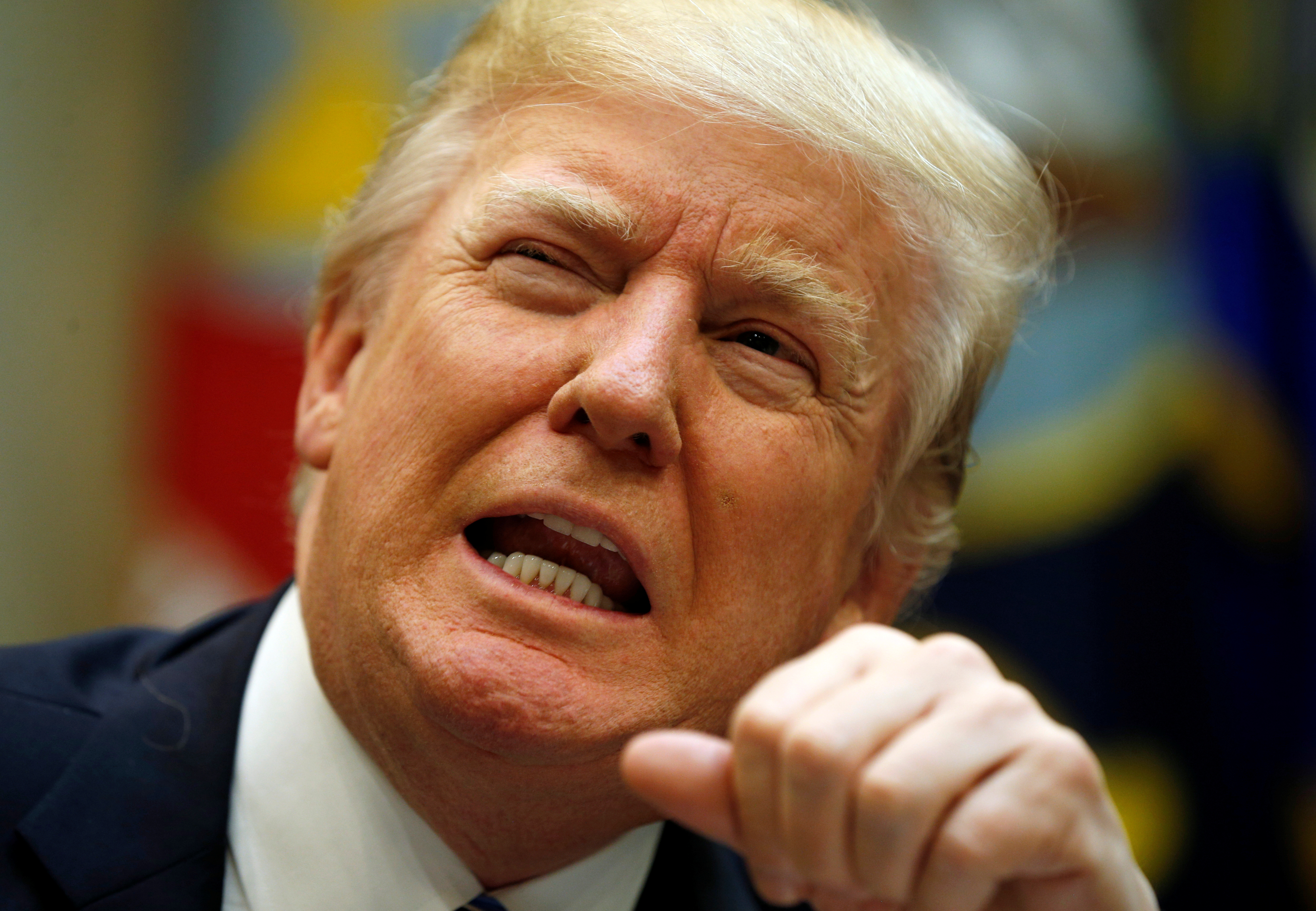 Donald Trump wants Treasury reviews of rules that discourage so-called inversion deals and set out how to resolve a failing financial institution. The orders themselves are innocuous. They may, however, encourage lax tax enforcement and fresh changes to the liquidation framework.

U.S. President Donald Trump looks up during a meeting about healthcare at the White House in Washington, U.S., March 13, 2017.

U.S. President Donald Trump plans to sign executive orders and memoranda on April 21 that direct the Treasury Department to review significant tax rules proposed since 2016 and the process set out to wind down big banks in a crisis.

Treasury Secretary Steven Mnuchin will check to see if 2016 regulations on so-called inversions, in which companies move overseas to lower tax bills, impose any undue financial burden on American taxpayers, add complexity or exceed statutory authority. After the review, Treasury could repeal or modify certain rules.

Mnuchin also will be expected to report back in 180 days on the Orderly Liquidation Authority spelled out in the Dodd-Frank law and assess how the Financial Stability Oversight Council designates a financial institution as systemically important. During the reviews, the council will refrain from tagging any other firms with the label and the government won't use OLA unless required by law and in consultation with the president.