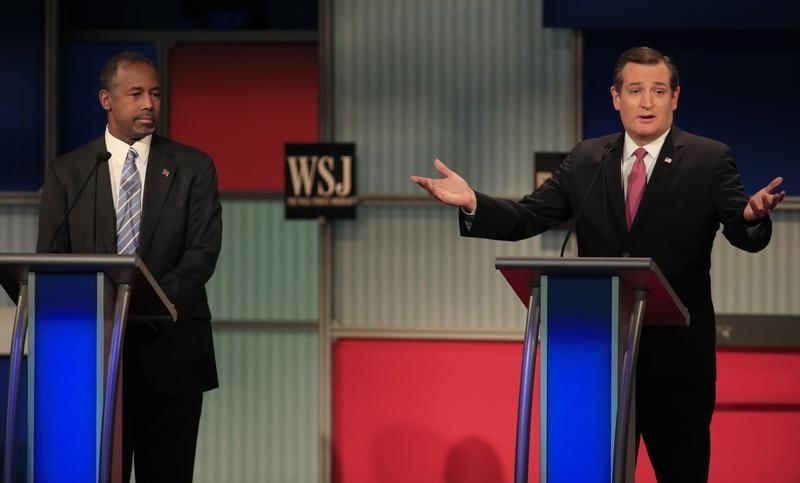 Republican White House wannabes are spinning some fanciful and fearful notions about the financial crisis and its aftermath. It’s modern history too dangerous to repeat.

Amid their clumsy efforts to cotton onto populist anti-Wall Street sentiment, many of the candidates during the fourth GOP debate on Tuesday night showed an impressive misunderstanding of what buckled the global financial system in 2008 and the fixes that were implemented. Jeb Bush, for example, said he would prevent the next crisis by forcing lenders to hold more capital, seemingly oblivious that the Dodd-Frank Act he wants to repeal has helped lead to the six biggest U.S. institutions already holding twice as much as they did seven years ago.

Carson, the brain surgeon who is one of the current Republican front-runners, curiously connected cheap money from the Federal Reserve’s low interest-rate policy with stock buybacks as “the kinds of things that led to the problem in the first place.” It’ll be a brand new theory for financiers and economists to consider, along with one from Cruz, the Texas senator, about a Fed tightening policy in 2008 – when it was actually easing – that caused asset prices to crash. His desire to return to the gold standard already has been widely disparaged.

Even the former Lehman Brothers banker John Kasich, who was the only candidate willing to concede he would bail out banks, said he would do so mainly to protect depositors. Like many of his fellow Republicans, however, Kasich seemed to forget entirely about the Federal Deposit Insurance Corp. Wall Street may like some of the deregulation messages coming out of the GOP, but it should be terrified by the broader ignorance. There is no bliss in leaders who can’t remember correctly financial history they actually lived through.