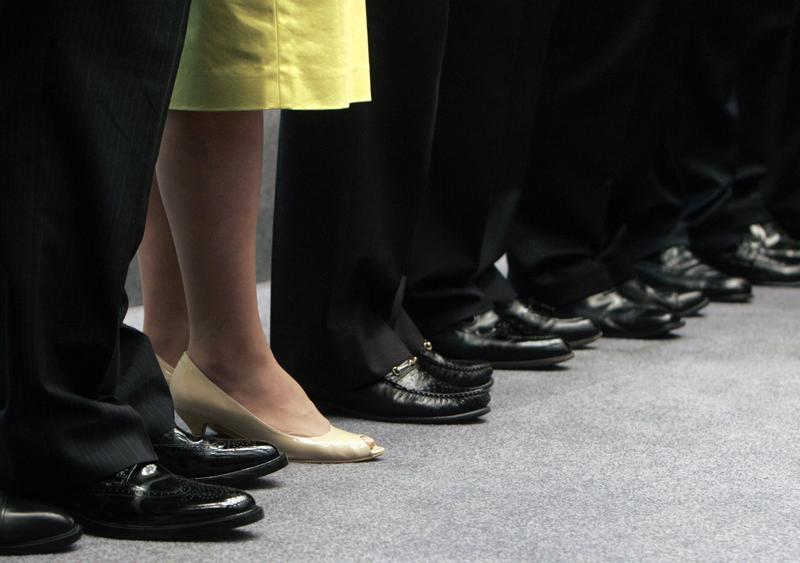 A white male banker is trying to tackle the finance industry’s glass ceiling. HSBC chief executive Stuart Gulliver has spent the past few years trying to cut costs and raise ethical standards. Now he wants the bank to change its culture in order to attract and retain more senior women. Though the insight is hardly new, it’s significant that a male CEO is publicly acknowledging the problem.

In a speech to the Women’s Foundation in Hong Kong, Gulliver went beyond the standard corporate platitudes about enabling employees to realise their full potential. He admitted that big banks like HSBC are institutions have been largely shaped by white men, and that they will have to change if they are to appeal to a more diverse workforce.

When Gulliver joined HSBC, the bank’s colonial past was still so entrenched that it did not accept women into its training programme for managers. Moreover, there was an unspoken assumption that, in order to be successful, employees had to commit their lives to the institution. For women who did manage to break into the top ranks, that often meant choosing between having a career and having children.

While much has changed, today’s HSBC is still far from perfect: just one in five of its senior managers are female, and the bank has suffered its share of discrimination claims. Nevertheless, Gulliver’s willingness to publicly address the issue suggests entrenched attitudes in the financial industry are slowly shifting. Goldman Sachs, for example, has launched a high-profile programme to provide 10,000 female entrepreneurs around the world with business education.

There’s clear business logic to the change in tone. As well as being generous with pay, banks increasingly need to cultivate the impression of being fair and meritocratic places to work if they are to attract the best employees. Though changing the culture of a 148-year old global bank is not an easy task, HSBC will be expected to show some progress. At the very least, Gulliver has ensured that it will in future be held to a higher standard.

Secretary for the Civil Service Denise Yue (2nd L) stands beside other officials during a news conference in Hong Kong June 23, 2007

HSBC chief executive Stuart Gulliver on Nov. 7 called on the bank to rethink its culture in order to improve diversity among its senior executives.
“To discriminate against women is to discriminate against talent,” Gulliver said in a speech to the Women’s Foundation in Hong Kong. “It’s unfair. It’s wrong. And it’s a really poor business decision.”
Gulliver said the bank’s target to have at least 25 percent of senior managerial roles occupied by women by 2015 was “just a milestone along the way”.
He acknowledged that broadening its senior ranks would require changes to the bank’s deeply engrained culture. “Like our peers, we have been inviting women into an organisation where the institutional architecture - the rules and expectations, all the norms and hidden assumptions - have been shaped by men.”